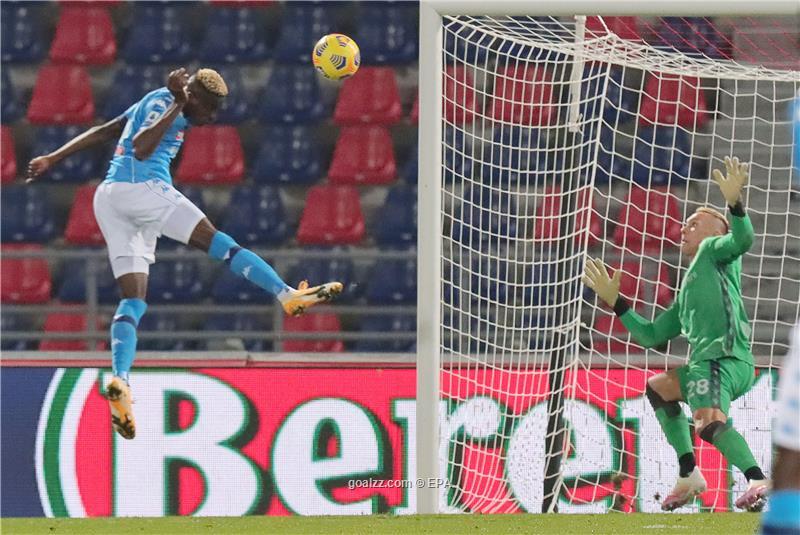 Naija Super Eagles star, Victor Osimhen is living up to the price tag as he became the hero for Napoli in their Serie A clash at the weekend against Bologna, after he scored the only goal for the Napolians.

The goal came before the half-hour mark when Osimhen connected with a beautiful cross from Hirving Lazano to score a fine header in the 23rd minute, and that goal was enough to give Gil Azzurri all 3 points.

Osimhen joined Napoli from Lille in the summer, for an African record fee of 80 million euros (plus add-ons), and after an impressive pre-season, he has had a slow start to life in the Serie A, but with 2 goals in his last 4 matches for Napoli, Osimhen is becoming a hero for the Italian side.

The goal helped send Napoli to third on the log, with 14 points in their first 7 matches, stretching their unbeaten run away from home to 3

Naija Super Eagles technical adviser Gernot Rohr will hope Victor Osimhen can replicate his form for the national team when Nigeria take on Sierra Leone in the doubleheader of the African Cup of Nations qualifiers on the 13th and 17th of November.

Do you think Osimhen will do well with Napoli?