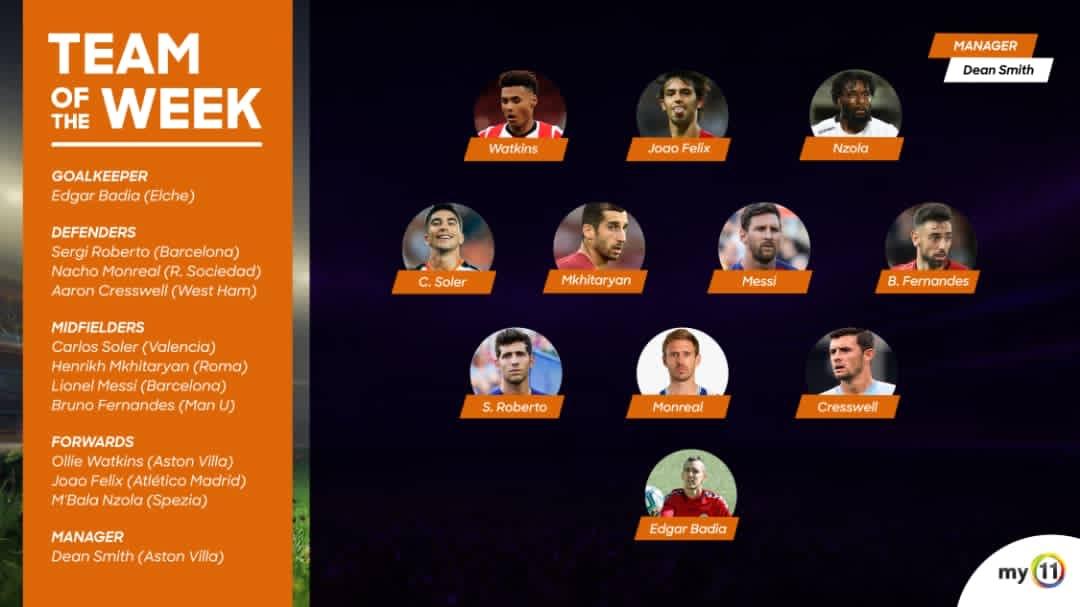 Lionel Messi finally scored a goal from open play with a brace in Barcelona’s win at the weekend. Check out all the players who made My11’s the team of the week for round 9.

Edgar Badia | He had a solid performance in Elche’s one-all draw against Celta. He faced 13 shots in total and 6 were on target. The only goal he conceded was a penalty.

Sergi Roberto | The Spaniard was in fine form during Barcelona’s 5-2 win over Real Betis. He created 2 assists in the match. He also had 3 interceptions and blocked a shot in the game. 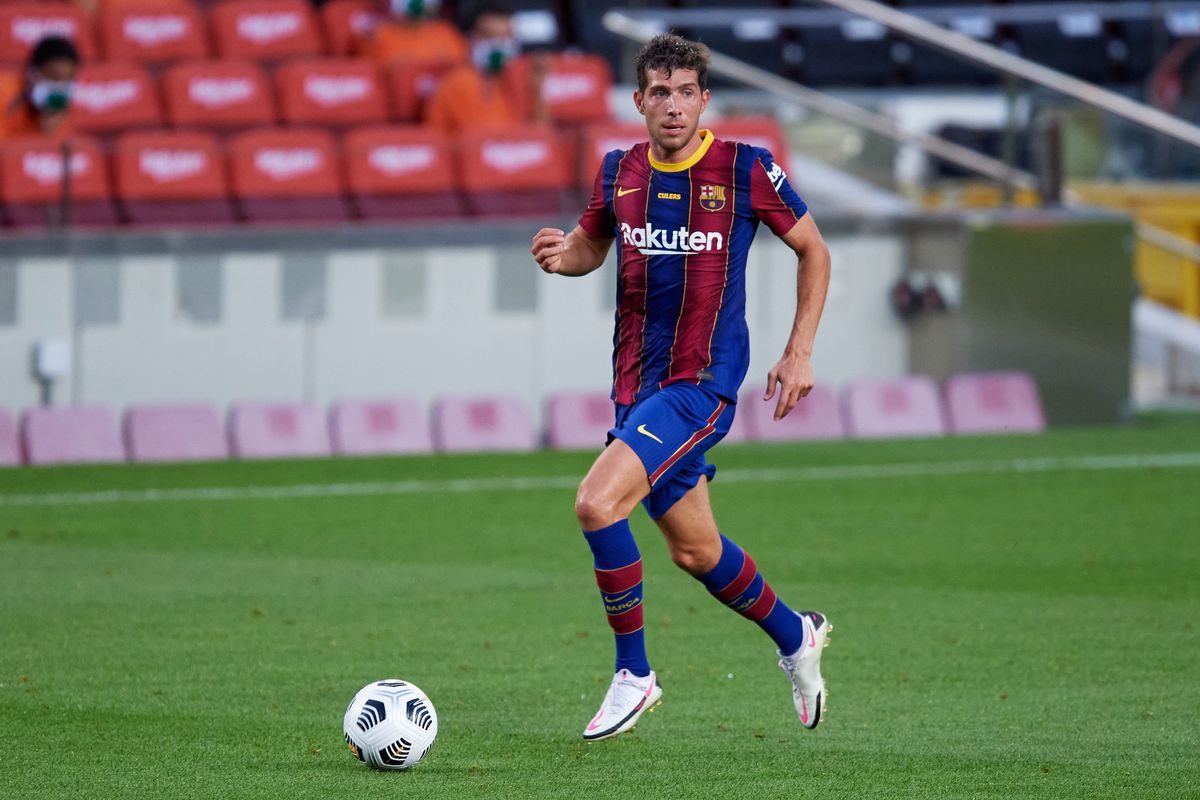 Aaron Cresswell | He had an impressive display in West Ham’s 1-0 win over Fulham. He had 2 shots, hit the woodwork, gave 4 key passes, made 2 clearances, and helped the team keep a clean sheet.

Carlos Soler | He had a game he will not forget in a while. Scored a hat trick of penalties as Valencia thrashed Real Madrid 4-1 at the Mestalla. 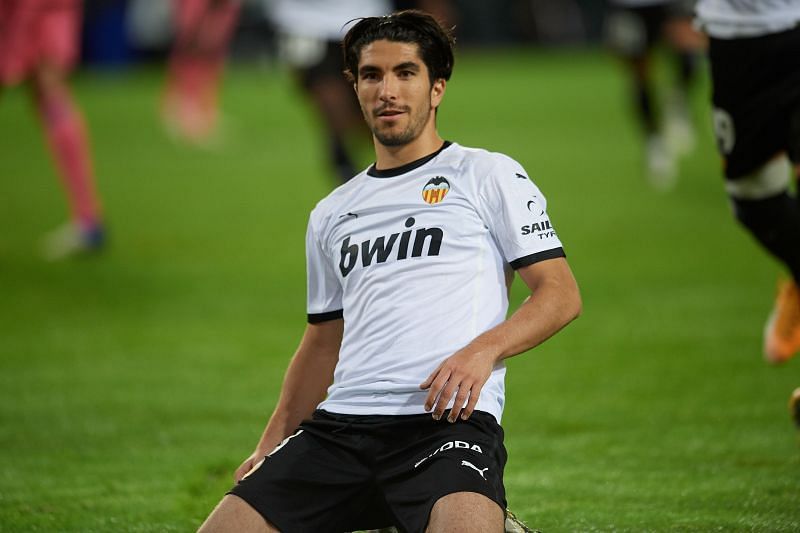 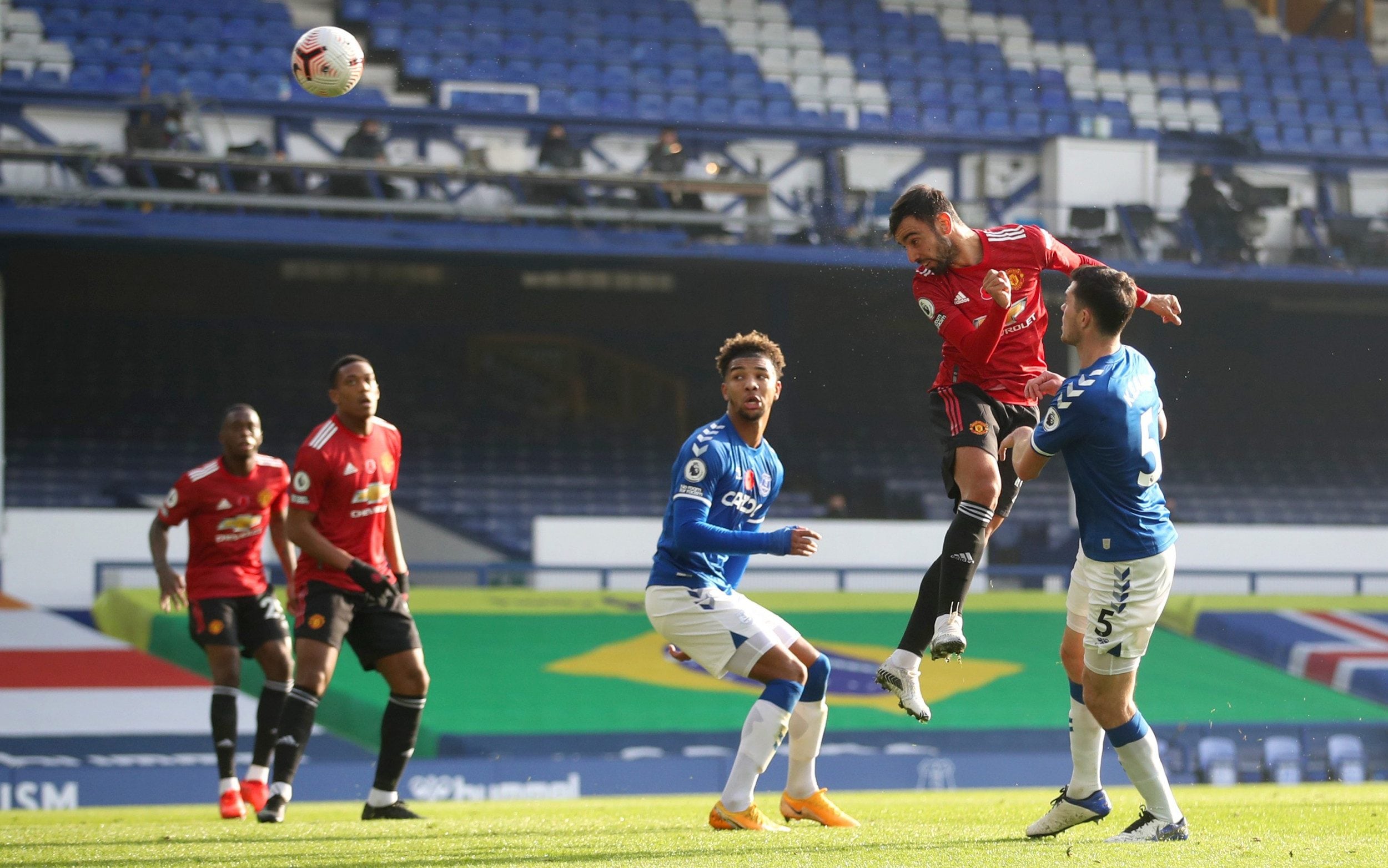 Henrikh Mkhitaryan | The former Man United star scored a brilliant hat trick with a header, a volley, and a tap in to help Roma with a 3-0 away win against Genoa. Lionel Messi | The six-time Ballon d'Or has not scored a goal from open play since the restart and he came on in the second half to help Barcelona defeat stubborn Real Betis by scoring a penalty and another goal from open play. His dummy for Antoine Griezmann’s goal was awesome. 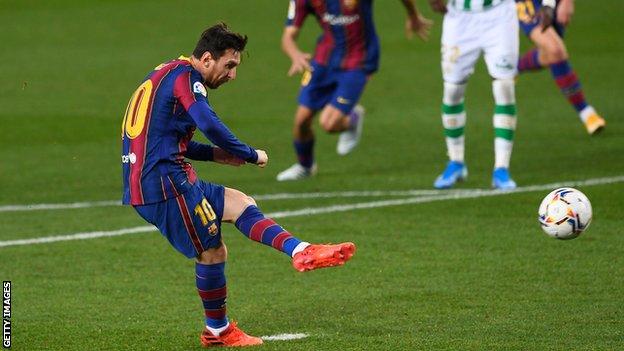 Ollie Watkins | After scoring a hat trick against Liverpool, Watkins spoke about doing more and against Arsenal, the Aston Villa striker went on to score 2 goals in their 3-0 away win at the Emirates. 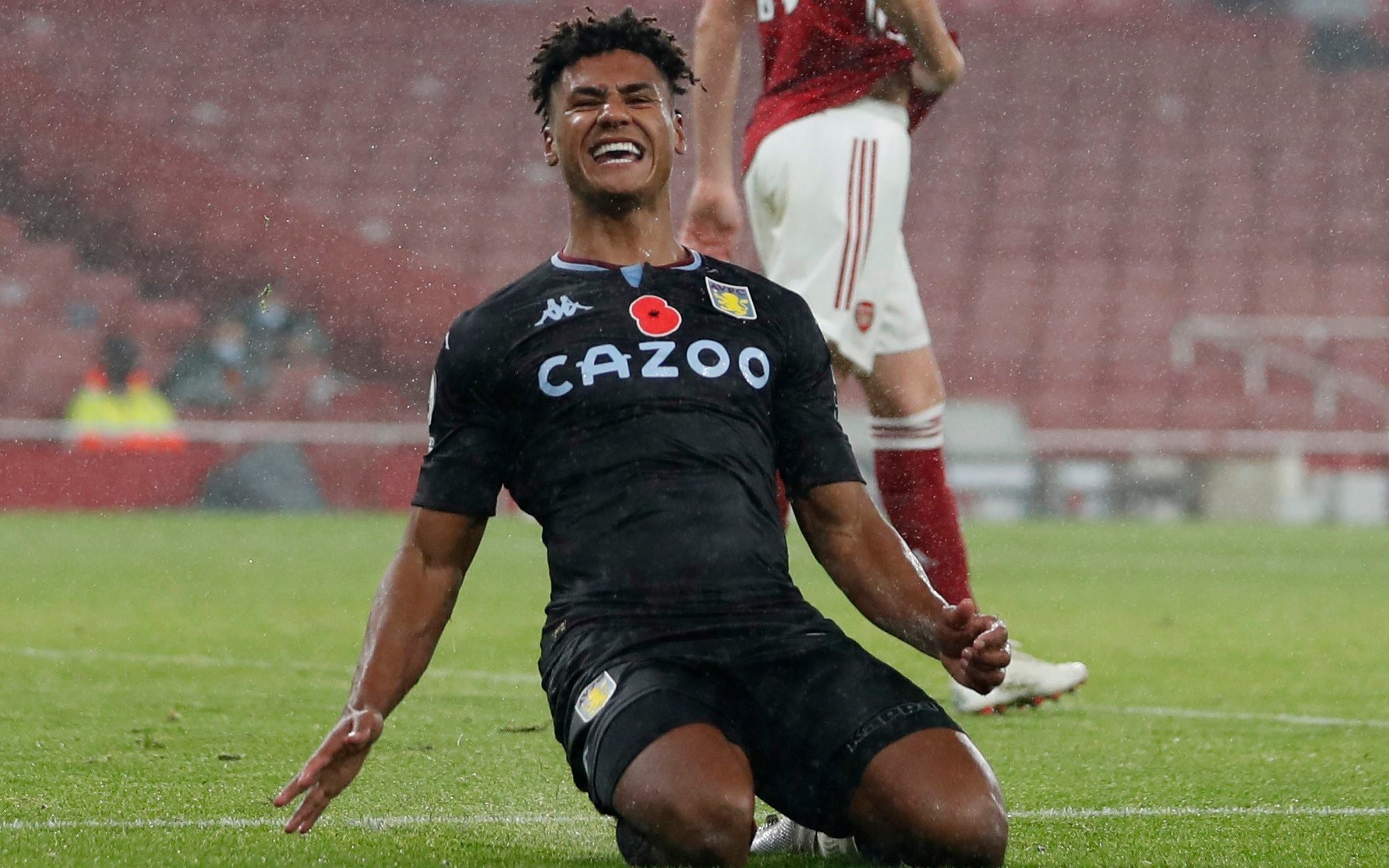 Joao Felix | The 21-year-old is now living up to his price tag, following another beautiful performance for Atletico Madrid, scoring 2 goals and providing an assist in their 4-0 thumping of Cadiz.

M'Bala Nzola | Two newly promoted sides met in Serie A, Benevento, and Spezia, and it was the away side who got the better result, winning 3-0. The Angolan had 4 shots, more than any other player and he scored 2 goals.

Dean Smith | No other manager deserves to lead this team than Dean Smith, who led his Aston Villa side to thrash Arsenal 3-0 at the Emirates Stadium.