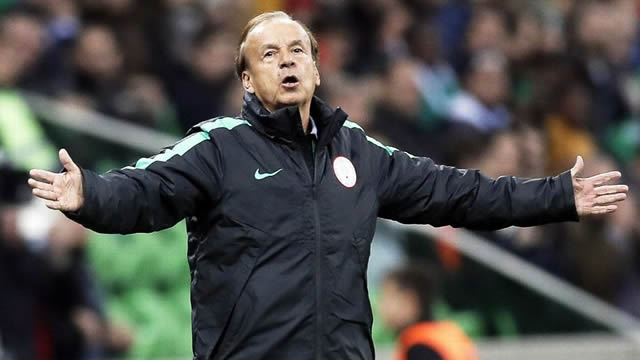 Coach of Naija Super Eagles Gernot Rohr and the lover of the national team have received a piece of bad news, as versatile midfielder Joe Aribo has been ruled out of the 2 international friendly matches in October. The 24-year-old midfielder, who picked up an injury a month ago, has now been ruled out of Nigeria’s friendly matches against Ivory Coast and Tunisia, after Rangers manager Steven Gerrard confirmed that Aribo will be out for 4-6 weeks.

Joseph Oluwaseyi Temitope Ayodele-Aribo was born in Camberwell, England, and he became an instant revelation in the Naija national team, scoring on his debut against Ukraine and then Brazil. He has featured 4 times for the Super Eagles, scoring 2 goals.

Who do you think will replace Aribo in the Naija Super Eagles?