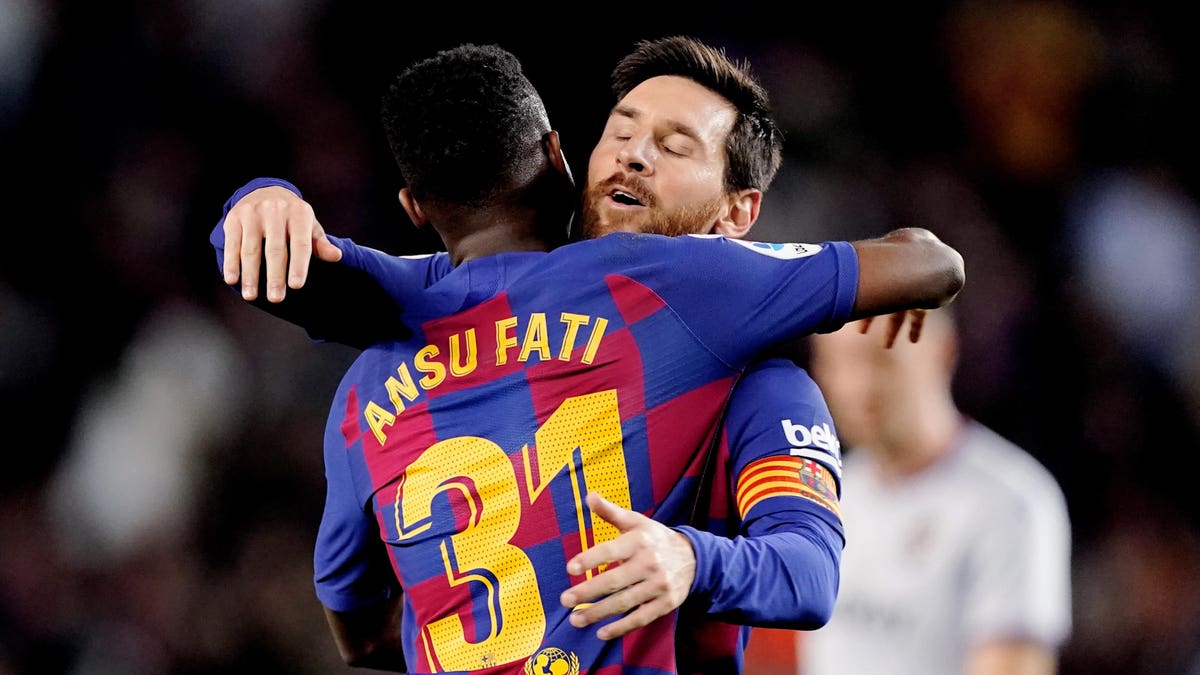 Barcelona young star Ansu Fati has announced his arrival to international football, by breaking a 95-year-old record, after Spain thrashed Ukraine 4-0 on Sunday in the UEFA NationA League.

Fati was a surprise starter in the clash, and he repaid the manager’s faith in him by scoring Spain’s 3rd goal of the game in the 31st minute, and in doing so, became the youngest ever goal scorer for the La Roja.

Fati, who obtained Spanish nationality a year ago, was born in Guinea-Bissau moved to Spain at age 7, and has now beaten the previous record held by Juan Errazquin, who scored three goals aged 18 against Switzerland in 1925, by scoring for Spain at 17 years and 311 days.

Do you think Ansu Fati will become a World Class player?