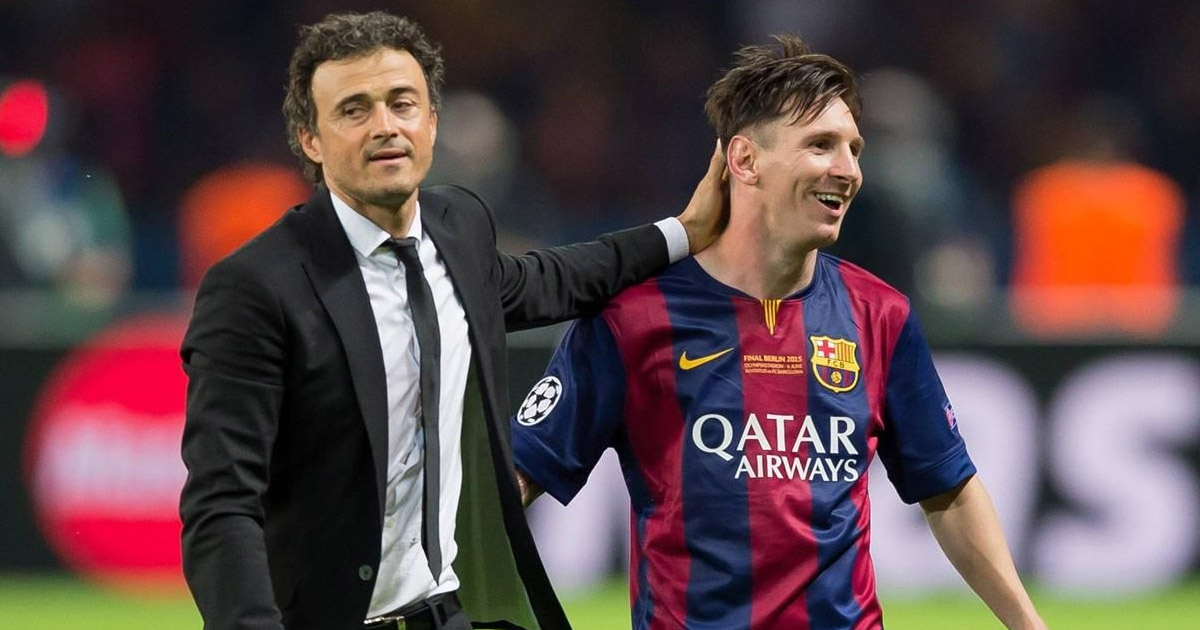 Enrique to Messi – No player is bigger than the club.

Former Barcelona manager, Luis Enrique, who led the Catalan giants to a treble win in 2015, has hit out at the club captain Lionel Messi, saying no player is bigger than the club.

The Messi saga has been on since the heavy loss to Bayern Munich in the UEFA Champions League, with the Argentine saying he wants to leave the club, but Enrique, who is the coach of Spain says clubs are above players.

In an interview before Spain’s game against Ukraine, Enrique said: “I think clubs are above every player. Barcelona was founded in 1899 and is one of the best in the world, it has won titles forever. Clearly, there has been a wonderful relationship. Leo has made Barca grow exponentially but I would have liked it a lot more if an agreement had been reached.”

According to reports from Goal.com, Lionel Messi has decided to stay one more year with Barcelona and will leave as a free agent at the end of the 2020/2021 season.

Do you think Messi should leave Barcelona or stay?