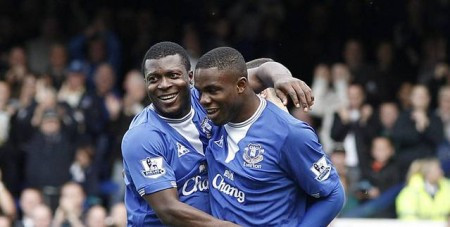 Former Naija Super Eagles striker, Victor Anichebe reveals his plans on buying a football club in England, in other to change the way blacks are viewed after he was pulled over by Merseyside police.

The former Naija striker, who made 11 appearances for the Super Eagles between 2008 and 2011, revealed that he was a victim of racial profiling after he was stopped by police while driving his car last week on Merseyside.

In an interview with SkySports, the 32-year-old believes if players can get into administrative positions and become CEOs or sporting directors or even buy clubs, they can change the wan black players are viewed.

Anichebe said: “We have to have a seat at the table to really effect change. We can’t try and affect change from the outside and looking in. I have seen a couple of players say they want to become CEOs or sporting directors and I think that is what we need to do.. I don’t see why we can’t all come together [as players] and buy clubs. I do think that is another way to really affect change. Instead of wanting change, we can be the change ourselves.”