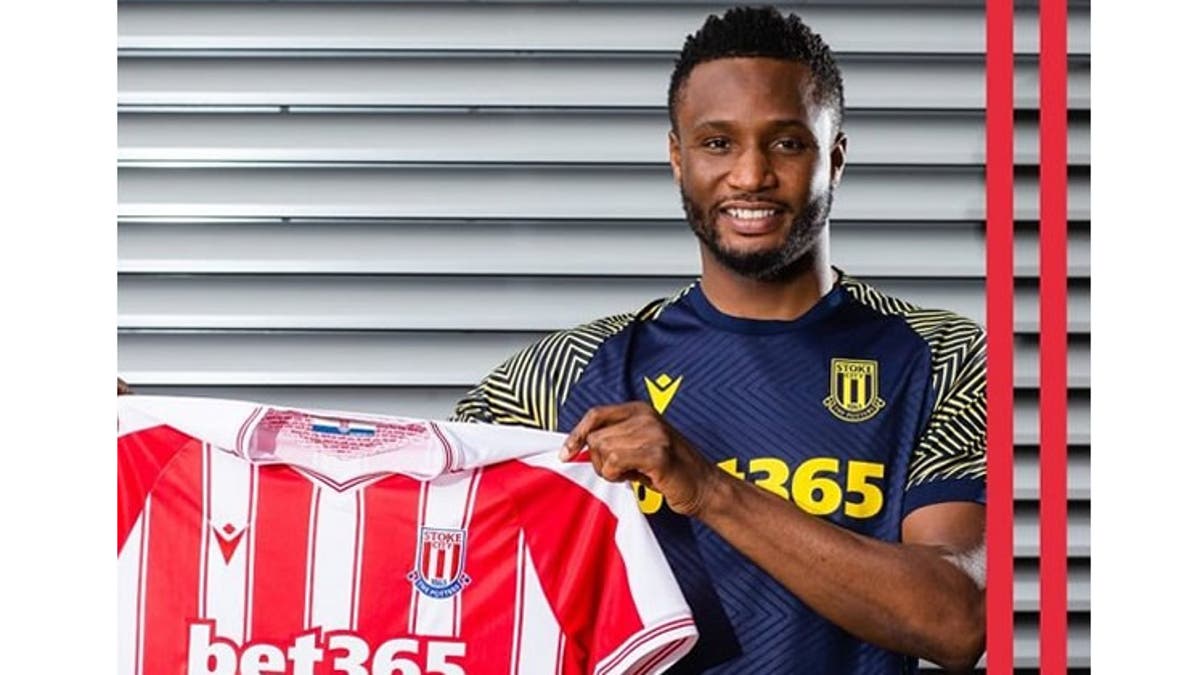 Former captain of the Naija Super Eagles, John Mikel Obi has returned to England, after leaving the country in 2017, reuniting with former teammate Oghenekaro Peter Etebo at Stoke City.

Mikel became a free agent after his contract with Turkish side Trabzonspor was terminated in May 2020. Though several clubs were interested in signing the Naija star, the former Chelsea midfielder has officially joined Championship side, Stoke City.

The 33-year-old’s first stint in England was with Chelsea from 2006-2017, where he spent 11 years and played 372 matches for the Blues winning lots of trophies, before joining Tianjin TEDA in China.

Two years later, the former Naija star returned to England to play for Middlesbrough for one year, where he made 19 appearances. He then joined Trabzonspor and his contract was terminated after 24 games, due to his social media outburst.

Do you think Mikel Obi will do well at Stoke City?