The Eagles were the closest to getting a goal, as James Tomkins’ header from Eberechi Eze’s freekick hit the woodwork. Christian Benteke also forced a save from the Gunners’ goalie Bernd Leno. Arsenal did not get a clear cut chance in the entire 90 minutes.

Arsenal dominated possession in the game but did not create enough chances to win the games, and they missed the chance to go higher on the table with the draw, while Crystal Palace moved above Wolves from 14 to 13.

Do you think Arsenal’s form is over?

The two biggest teams in the Premier League will face off in the top of the table clash as Liverpool will be welcoming Manchester United to the Anfield Stadium on Super Sunday.

In 56 Premier League meetings between these two teams, Liverpool have won 15 games, while Manchester United have won 28 matches, with 13 games ending in a draw. The Red Devils have defeated the Kops just once in their last 5 clashes, with 2 games ending in draws.

Liverpool will be without Diogo Jota, Konstantinos Tsimikas, Joe Gomez, and Virgil Van Dijk due to injury, while Joel Matip and Naby Keita are major doubts for the clash. Manchester United, on the other hand, will be without Phil Jones due to injury, while Anthony Martial, Nemanja Matic, Victor Lindelof, and Marcos Rojo are major doubts for this clash.

Manchester United are top of the table for the first time since 2013 and Liverpool are on a great run at Anfield and a win will take them above the Red Devils. This clash looks like a close encounter that could end in a draw or a narrow win for the Kops

You can catch the game live on DSTV channel 203, SuperSport Premier League on Sunday, January 17 2021, by 9 pm Naija time.

The biggest rivalry in Italian football takes center stage as Inter Milan will be welcoming defending champions Juventus to the Stadio Giuseppe Meazza in the Derby d'Italia on Super Sunday.

In the last 26 Serie A meetings between these two teams, Inter have won 4 games, while Juventus have won 14 matches, with the other 8 games ending in a draw. The Nerazzurri have defeated the Old Lady just once in their last 8 encounters, losing 2 of their last 3 at home.

Inter Milan will be without Stefano Sensi, Matteo Darmian, Danilo D'Ambrosio, Andrea Pinamonti, and Matias Vecino due to injury. Juventus, on the other hand, will be without Federico Chiesa, Weston McKennie, and Paulo Dybala due to injury, while Matthijs de Ligt, Juan Cuadrado, and Alex Sandro will miss out due to positive COVID-19 test.

Inter are on a good run of form and are 3 points away from local rivals AC Milan at the top. Juventus, on the other hand, have been inconsistent this season, but with a Cristiano Ronaldo chasing a record as the most prolific goal scorer of all time, it will be difficult for the Nerazzurri to beat the Old Lady. This will be a close call that should end in a draw.

G.O.A.T battle! Ronaldo and Messi have the same number of individual awards

Cristiano Ronaldo and Lionel Messi are regarded as the greatest players of all time, and the debate on who is the best player between them has been on for a very long time. Here we carefully look at their major individual awards.

Before the two awards merged, Ronaldo and Messi each won both, and after they merged to award the best players between 2010 and 2016, these 2 dominated the award.

Below is the breakdown of their awards and the year they won them. 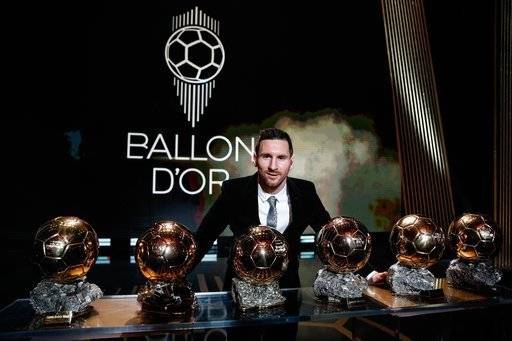 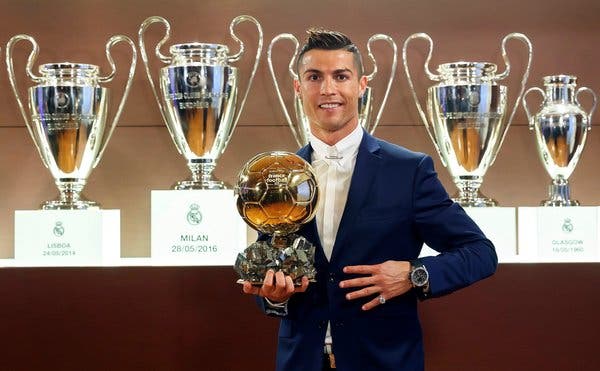 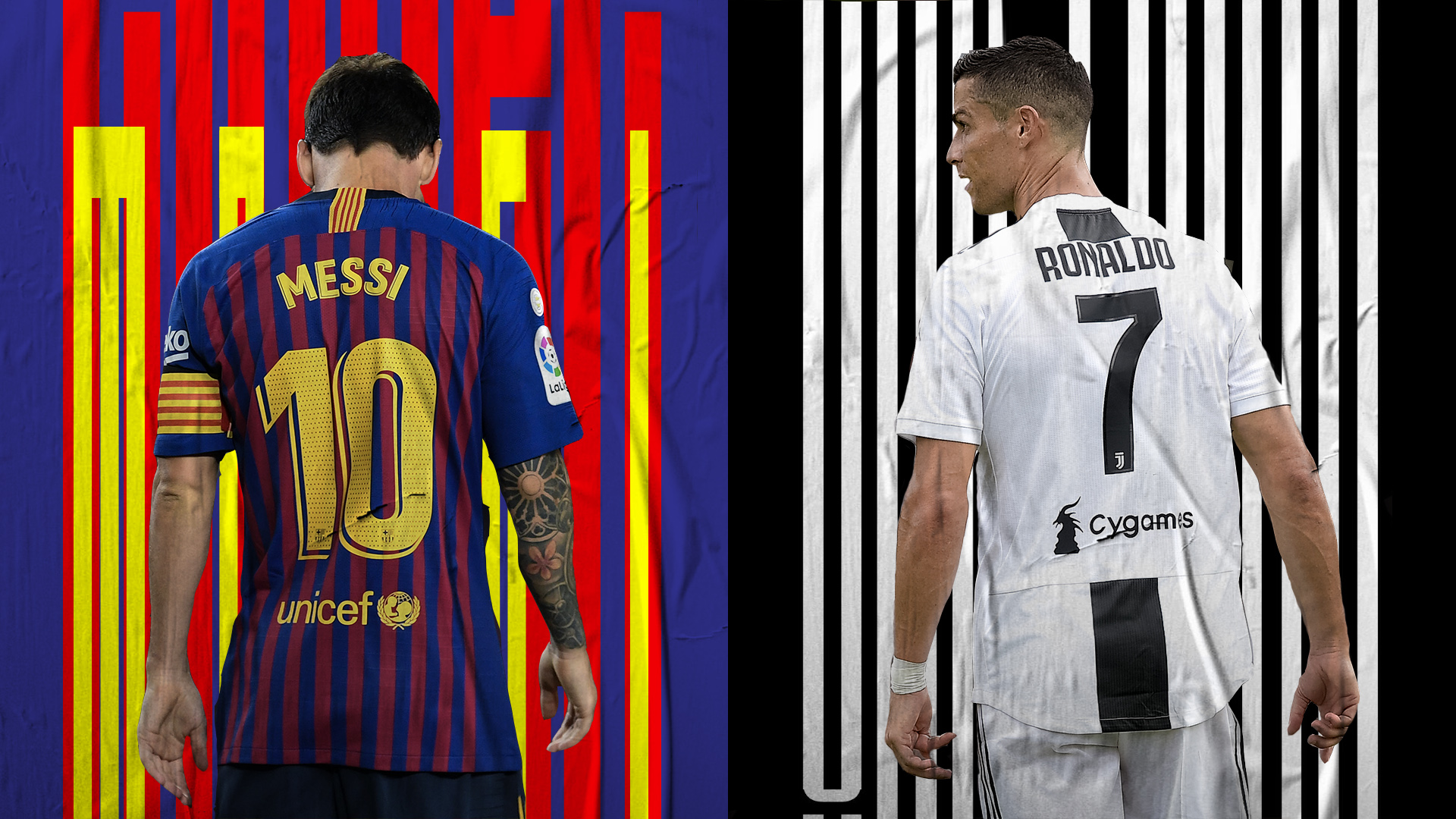 Following impressive performances at the weekend, eleven-time joint Ballon d’Or winners Cristiano Ronaldo and Lionel Messi lead round 18 of My11’s team of the week. We have chosen a 3-4-3 formation.

| Since the start of the 2020/2021 season, keeping a clean sheet has been difficult for Barcelona, and in their 4-0 thumping of Granada, the German shot-stopper made sure he kept a clean sheet, making a total of 4 saves in the encounter. 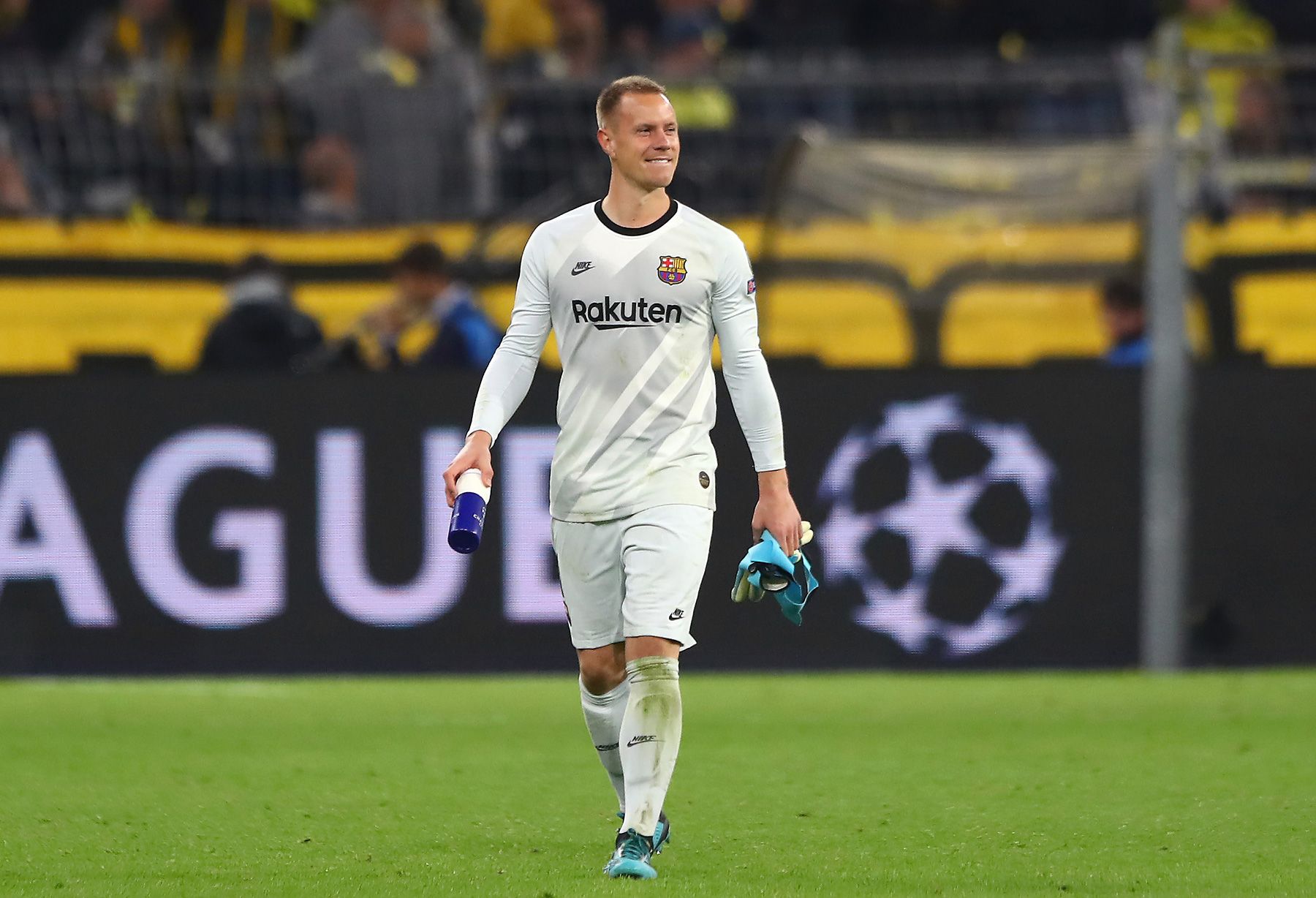 Achraf Hakimi | The Moroccan is enjoying his new life in Italy, and has been consistent in My11’s team of the week, and this weekend, the former Real Madrid man put up another impressive performance, scoring a beautiful curler with his weak foot from outside the box in Inter’s 2-2 draw away to AS Roma.

Danilo | Another ex-Real Madrid defender showed himself at the weekend, scoring the first goal in Juventus 3-1 win over Sassuolo, before providing an assist for Cristiano Ronaldo late in the game. 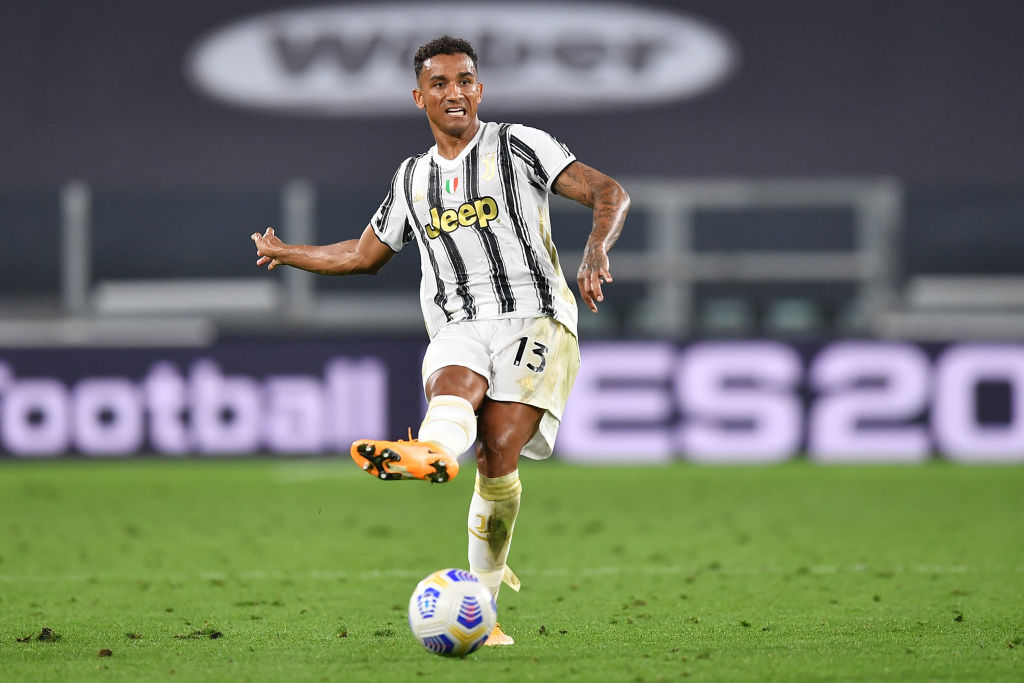 Rafael Toloi | The Brazilian had a good game in Atalanta’s 4-1 away victory over Benevento, winning tackles, interceptions, and clearances. He also got his name on the score sheet with the third goal in the encounter.

Daniel Parejo | The Spaniard again showed why he is one of the best midfielders in La Liga with another masterclass. He had a brilliant midfield control in Villarreal’s 4-0 away win against Celta Vigo. He also scored a goal and provided an assist.

Marcelo Brozovic | Inter Milan played out a two-all draw against Roma in Rome, and one man created both goals for the away side, his name is Brozovic. The Croatian sent in a beautiful cross from the corner kick for the first goal and laid a lovely ball for the second goal. Tiemoue Bakayoko | The resurgent Frenchman had a very good game as Napoli beat Udinese 2-1 away from home. Bakayoko scored the winning goal in the 90th minute to help Victor Osimhen’s team go back to Naples with all 3 points. 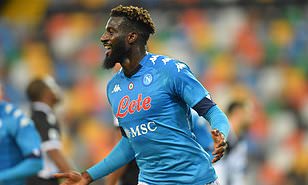 Lionel Messi | The little genius seems to be back in form, scoring 4 goals in his last 2 games. In Barcelona's 4-0 thrashing of Granada, Messi had a “Messi-class” game. He scored his trademark goal, a beautiful curler, and a cheeky freekick a few minutes before the break.

Youssef En-Nesyri | The Moroccan stood out in the intense encounter between Sevilla and Real Sociedad, which ended 3-2 for the Seville side. En-Nesyri scored a hat trick to help the Europa League winner pick up all 3 points. 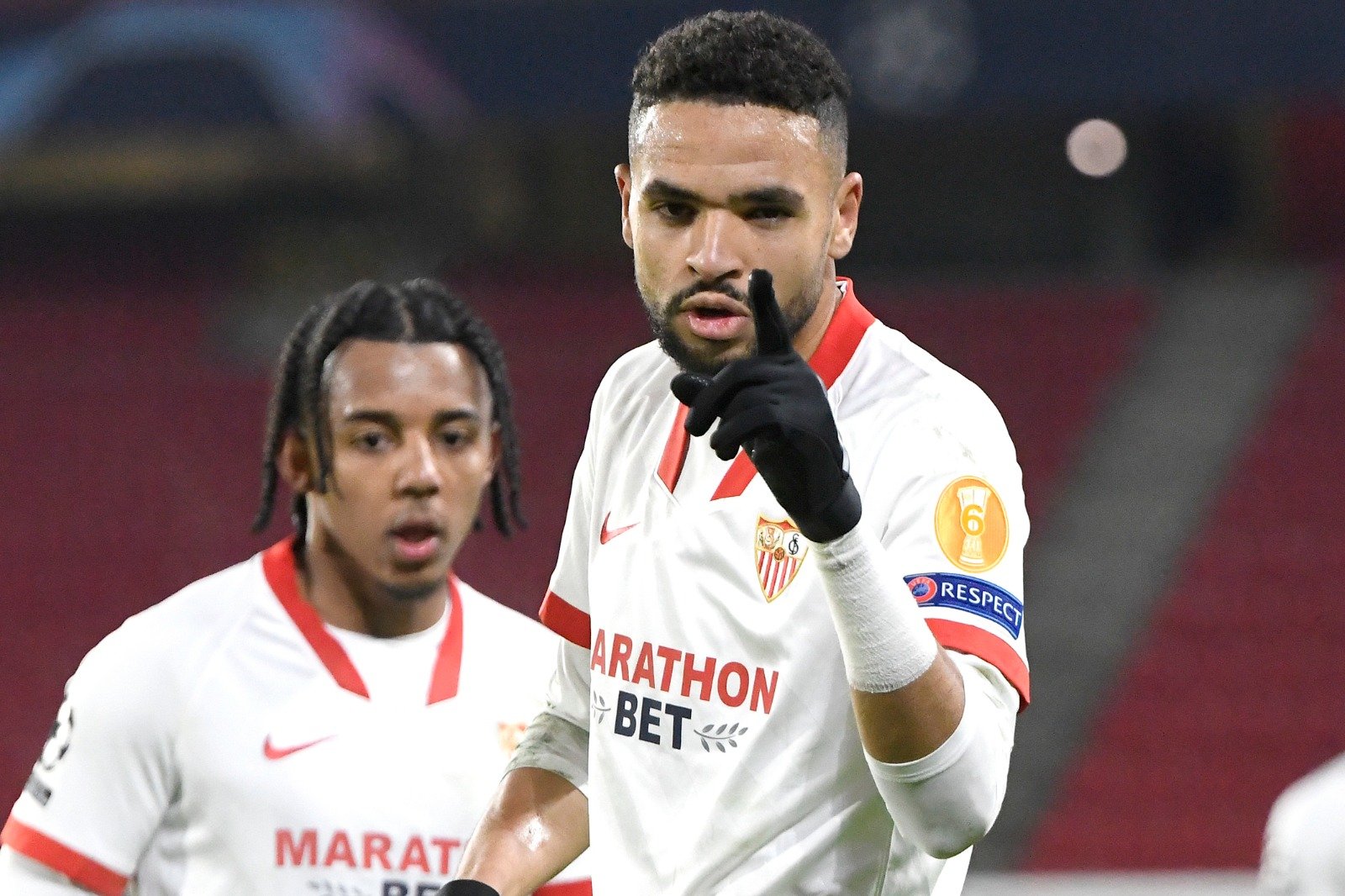 Antoine Griezmann | The Frenchman played arguably his best match for the Catalan giant as he put up an excellent shift. Positioning himself to score the first goal in the encounter, before providing an assist for Messi. Griezmann then scored a brace later in the game to round off his brilliant performance. 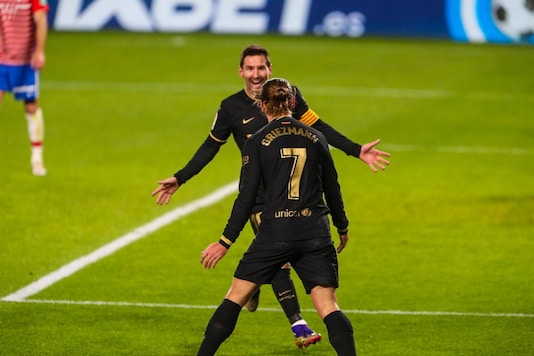 Cristiano Ronaldo | The Portuguese is the definition of old wine, and in Juventus’ win over Sassuolo, he showed himself again. The 35-year-old ran half the field to score his 15th league goal of the season in 13 games and became the first player to score at least 15 league goals in 15 consecutive seasons in Europe's top 5 league. 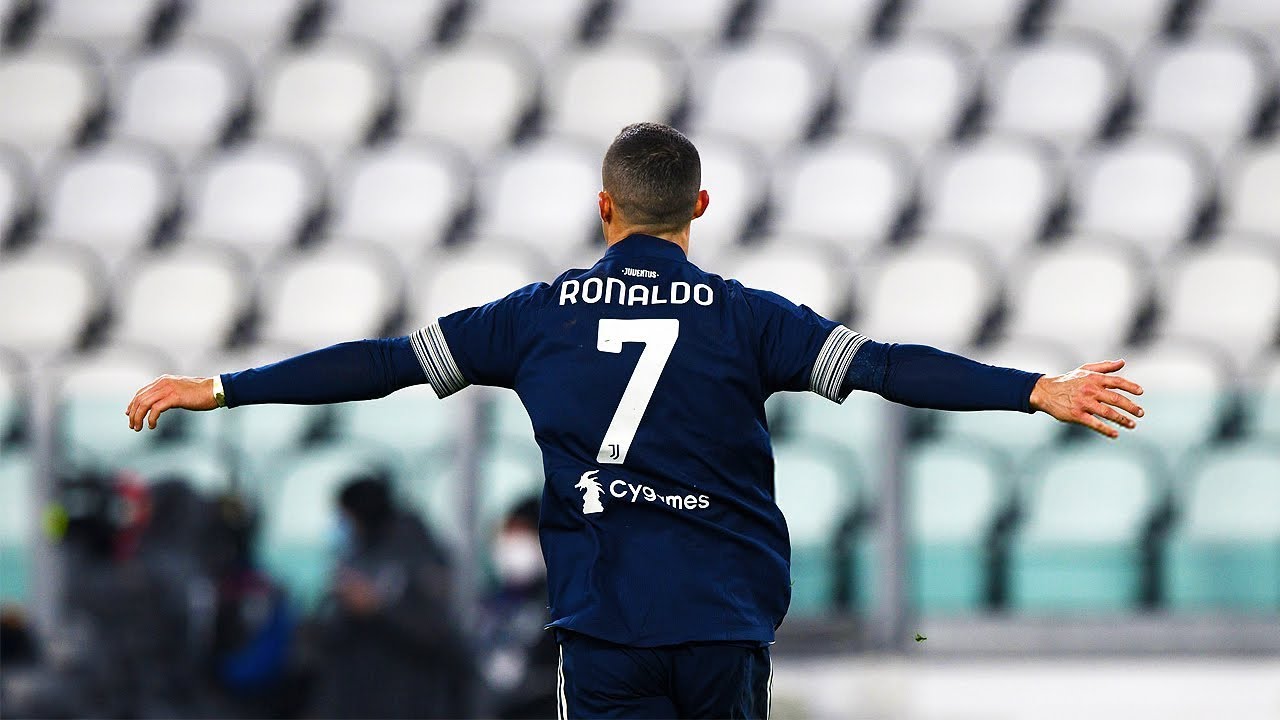 Jagoba Arrasate | The Spanish gaffer led his team to pick up a point against Real Madrid against all odds. Osasuna sit 19th on the log, but he set up his side to stop the firepower of the Blancos and they earned a deserved draw. He is our manager of the week. 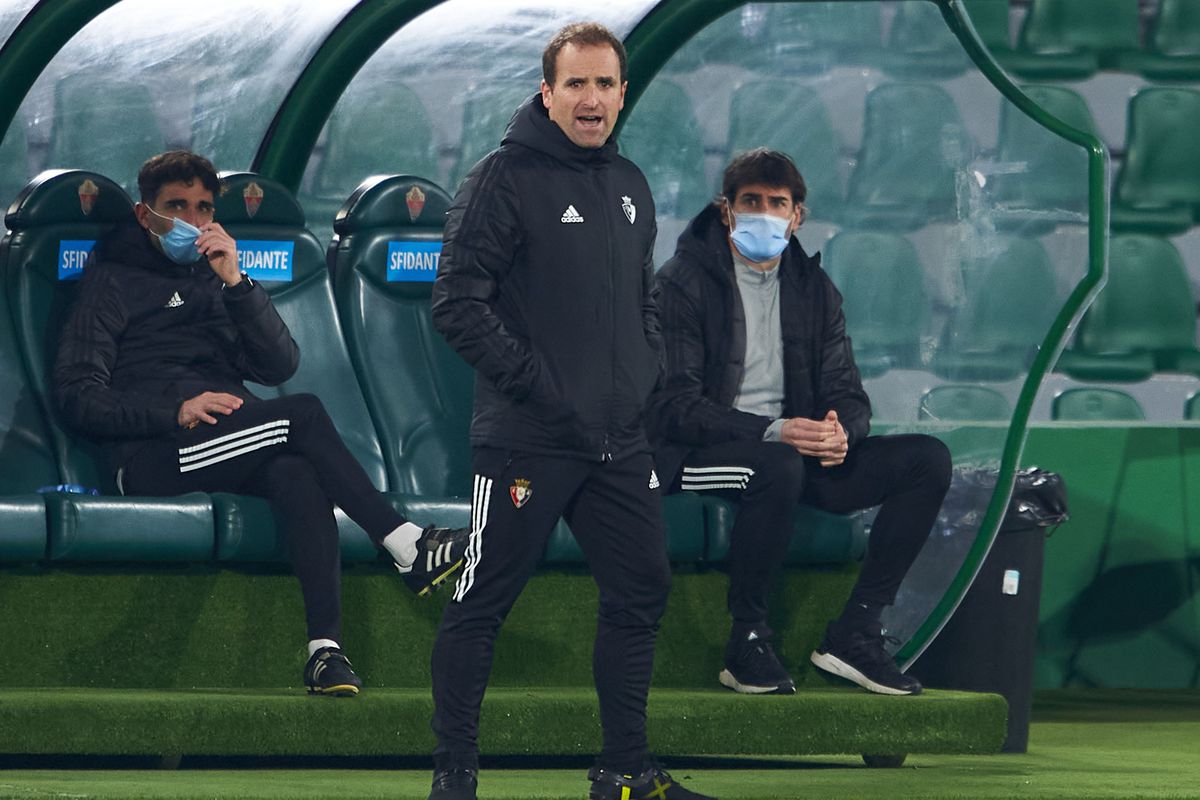 Mikel Arteta’s Arsenal look to be back in form and will aim to make it 4 straight EPL wins for the first time this season as they will be welcoming London rivals Crystal Palace to the Emirates Stadium.

Arsenal will be without Gabriel Martinelli and Thomas Partey due to injury, while Gabriel will miss out due to a positive COVID-19 test. Crystal Palace will be without Mamadou Sakho, Jeffrey Schlupp, Wayne Hennessey, Connor Wickham, and Nathan Ferguson due to injury, while Scott Dann, Gary Cahill, and Martin Kelly will are major doubts for this clash.

Arsenal are on the rise, picking up maximum points in their last 3 matches, including a convincing win against Chelsea, Palace, on the other hand, have been inconsistent, but in derbies, the form is thrown out of the window. This clash could end in another draw.

You can catch the game live on DSTV channel 203, SuperSport Premier League on Thursday, January 14 2021, by 9 pm Naija time. 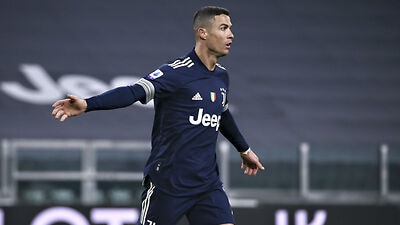 Five-time Ballon d’Or winner, Cristiano Ronaldo has set a new goal record, after scoring his 15th league goal of the season, and in doing so, he has equalled Bican’s all-time record as the most prolific goal scorer of all time.

Juventus defeated Sassuolo 3-1 at the Allianz Stadium on Sunday night, and Ronaldo scored the third goal of the match in the 92nd minute to ensure the Turin giants won all 3 points.’

The goal was Ronaldo's 15th Serie A goal of the season in 13 games, and with that, he has become the only player to score at least 15 league goals in 15 consecutive seasons in Europe's top 5 leagues.

The 35-year-old Portuguese also equalled Josef Bican’s goal tally of 759 official goals, to become the most prolific goal scorer in the history of football, and the Juventus forward needs just one more goal to stand alone.

Do you think Ronaldo is the G.O.A.T?

Gianluca Mancini scored a late equalizer for Roma as the Romans played out a 2-2 draw with Inter Milan at the Stadio Olimpico on Sunday.

Lorenzo Pellegrini scored the opening goal for Roma in the 17th minute with a low drive at the edge of the box. Defender, Milan Skriniar headed home the equalizer for Inter from a Marcelo Brozovic corner-kick in the 56th minute. 7 minutes later, right-back, Achraf Hakimi gave the Nerazzurri the lead with a beautiful curler from the edge of the box. Mancini then scored a beautiful header in the 86th minute to make sure the game ended in a stalemate.

Roma remain third on the log but are now just 1 point ahead of defending champions Juventus, who defeated Sassuolo 3-1. Inter Milan, on the other hand, are still second on the Serie A table but are now 3 points behind city rivals AC Milan, who beat Torino 2-0. 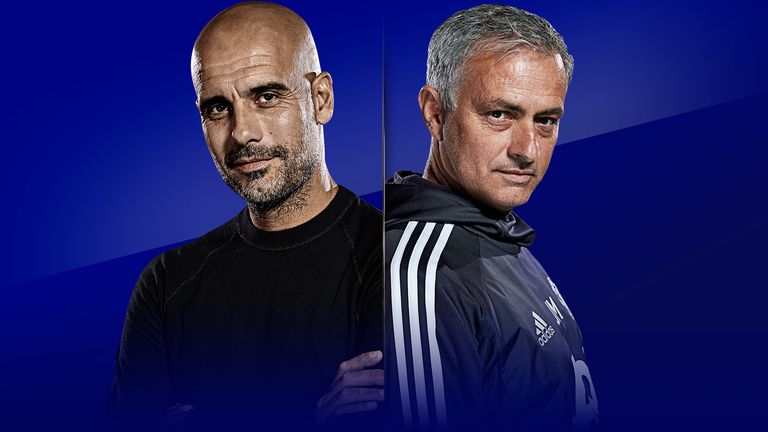 Two of the greatest managers of all time will face each other in the 2021 final of the Carabao Cup, and My11 looks at the stats of both managers ahead of the final in April.

The rivalry between both managers started when Inter Milan faced off with Barcelona in the UEFA Champions League in 2010, and since then, they have played faced each other 24 times with different teams.

The 57-year-old Tottenham Hotspur manager has 20 25 trophies in his managerial career that started in the year 2000, while the 49-year-old manchester City boss has won a total of 29 titles.

The final of the English League Cup will be on the 25th of April 2020. While Jose Mourinho has never lost a final in this competition, winning 4, Pep Guardiola has won the last 3 of this tournament.

Who is the best manager between Guardiola and Mourinho? 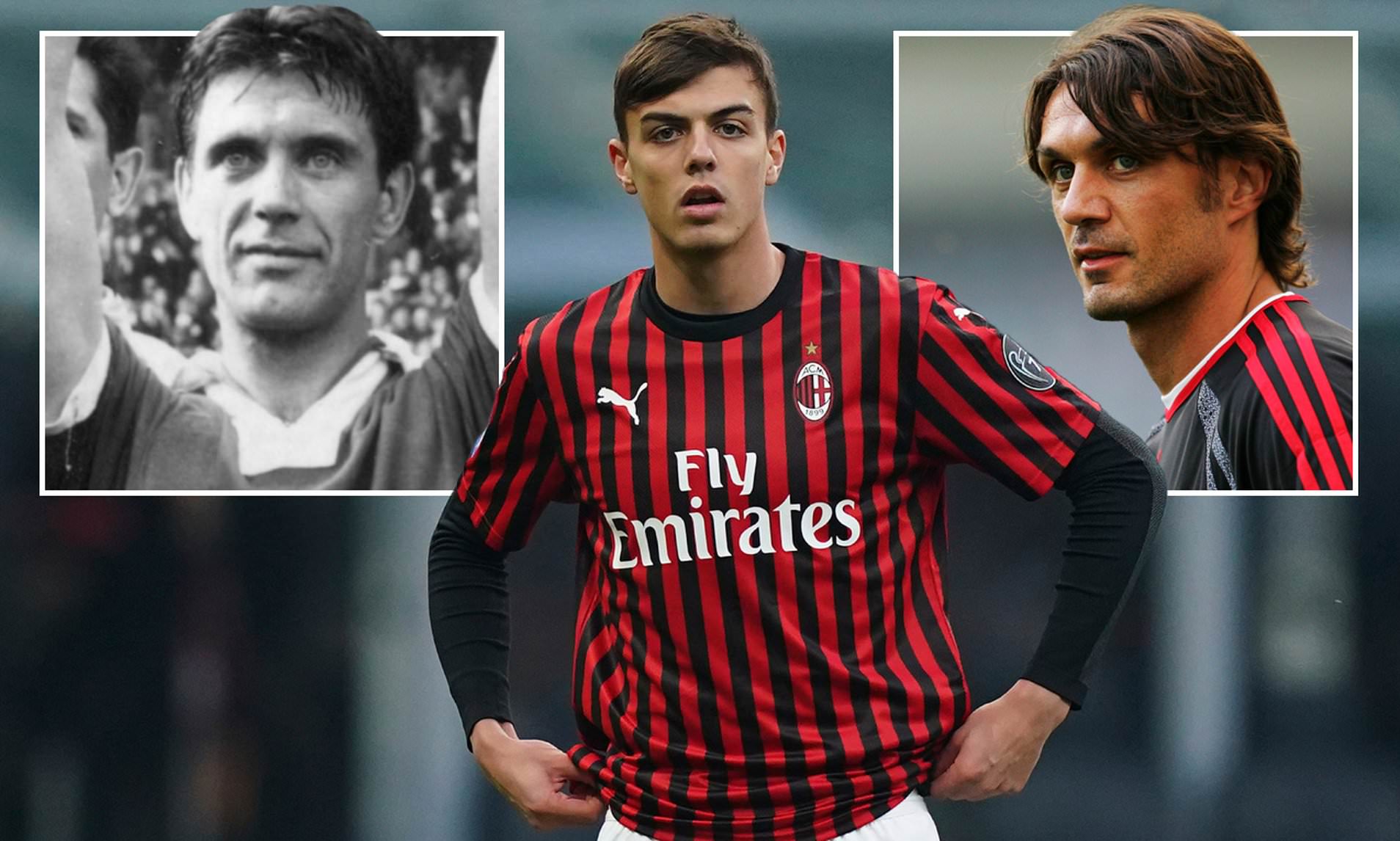 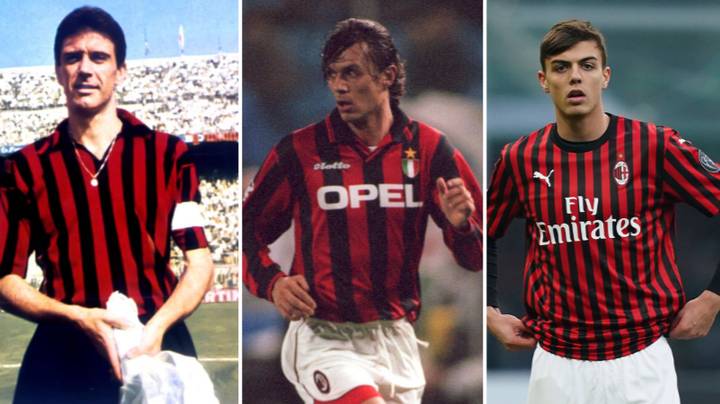 Late Cesare Maldini joined Milan in 1954, and he played for them for 12 years, featuring 347 times for the Rossoneri in the Serie A. He won 6 titles with them, including 4 league titles and the European Cup (now Champions League) in 1963.

Paolo Maldini, arguably the most popular of them all, played for AC Milan throughout his career. He had 647 Serie A appearances in his 25 years with the club’s first team, won 25 titles with the Rossoneri, including 7 league titles and 5 UEFA Champions League trophies. 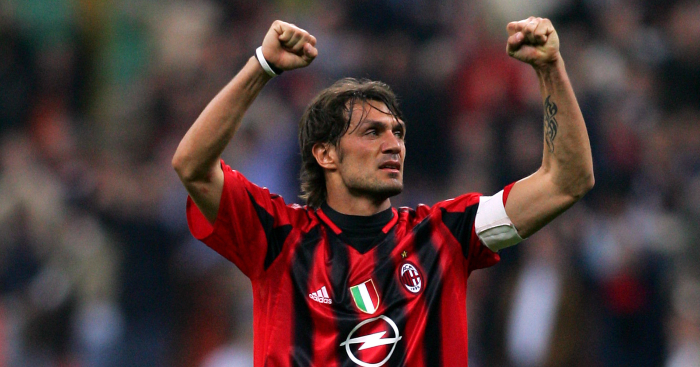 Teenager, Daniel Maldini played 10 minutes as the Rossoneri lost 3-1 at home to Juventus, and that was his 6th league game for the club, making it the 1000th Serie A game for the Maldini family in the AC Milan colours. 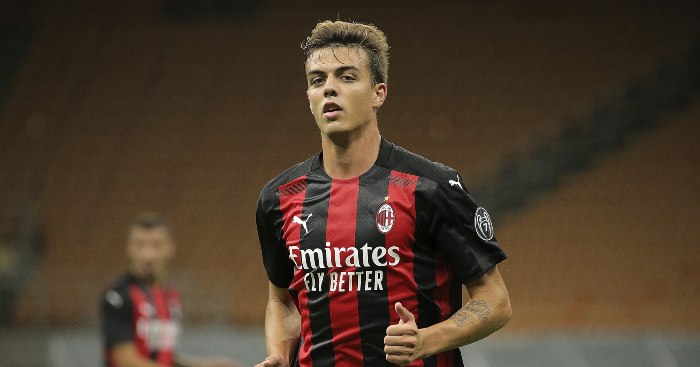