There will be fireworks at Red Bull Arena when RB Leipzig will face off with Manchester United in a winner takes all clash as both teams bid to qualify for the second round.

These two teams have faced each other only once in the Champions League and that was in the first leg when Manchester United thrashed RB Leipzig 5-0 at Old Trafford. The Germans have won 2 with 2 draws of their last 5 matches, while the Red Devils have won 4 and lost 1 of their last 5 games.

Leipzig will be without Benjamin Henrichs, Lukas Klostermann, Konrad Laimer, and Fabrice Hartmann due to injury, while Lazar Samardzic and Hee-Chan Hwang will miss out due to positive COVID-19 test. Dayot Upamecano is suspended for this clash. Manchester United, on the other hand, will be without Anthony Martial, Édinson Cavani, and Phil Jones due to injury, while Fred is suspended for this tie.

A win for either side will take them through. A draw will take United through, and Leipzig may also qualify with a draw if PSG lose. This is going to be an exciting tie, where the Red Devils just need to sit back and pick the Germans on the break. This should end in a score draw or a narrow win for the host.

Salah, Zaha lead the charge for week 13 team of the week

Egyptian Mo Salah and Ivorian Wilfred Zaha lead the line for My11’s round 13 team of the week. We will be looking at the 4-3-3 formation

Jeremias Ledesma | He had a solid performance for Cadiz in their shock 2-1 win over Barcelona. He won the man of the match and made 8 crucial saves to deny the Catalan giants, including the last-minute save to deny Miralem Pjanić. 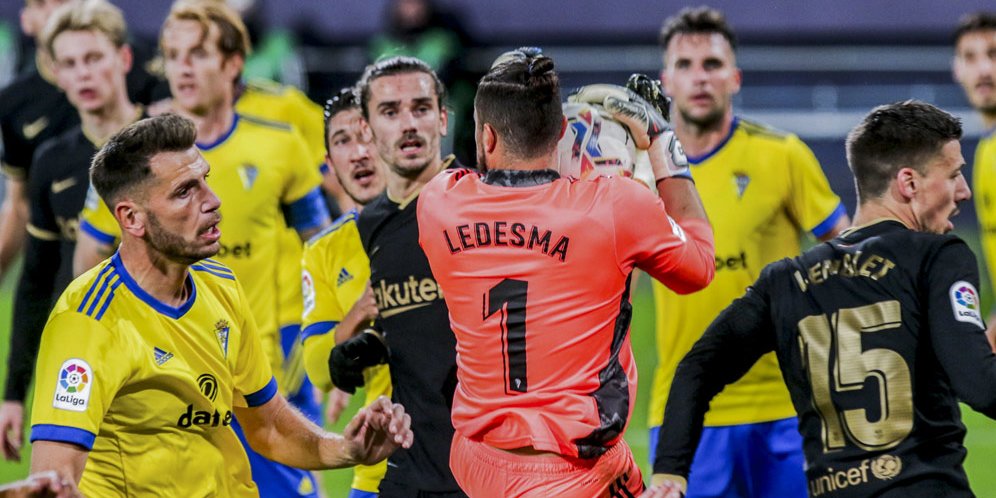 Kieran Trippier | The England international picked up his form in Atletico Madrid’s 2-0 win over Real Valladolid. Trippier created the assists for the 2 goals scored by the league leaders.

Juan Cuadrado | Cuadrado was instrumental in Juventus comeback win over Torino. He scored a goal that was chalked off by the VAR, he then provided the 2 assists for the 2 goals scored by the defending champions.

Achraf Hakimi | The former Real Madrid man was on song as Inter Milan dispatched Bologna 3-1 and Hakimi scored 2 of the 3 goals.

Kurt Zouma | He has been in fine form all season, helping the Blues keep clean sheets and scoring goals, and in Chelsea's comeback win against Leeds United, Zouma scored the second goal to give the London club hope of getting all 3 points.

Bruno Fernandes | The Portuguese proved to be the most important player for Manchester United again, in their 3-1 comeback win over wasteful West Ham. He created 8 chances in just 45 minutes, more than any player has done in 90 minutes this season, and assisted the first goal.

Mohamed Salah | The Egyptian chanced Wolves captain, Conor Coady to score the first goal for Liverpool in their 4-0 thumping of Wolverhampton Wanderers. He then sent in a lovely cross to Joel Matip, who head home the 3rd goal for the Reds. Wilfried Zaha | The Ivorian was in fine form as Crystal Palace thrashed Semi Ajayi’s West Brom 5-1. Zaha got 2 goals, and one was from an Eberechi Eze pass.

Olivier Giroud | The Frenchman has repaid Frank Lampard’s trust with goals. After 4 goals against Sevilla in the UCL, Giroud scored another important goal, to lead the comeback for the Blues, scoring in 6 consecutive starts for Chelsea.

Heung-Min Son | It’s hard to separate between Harry Kane and Heung-Min Son, but the Korean’s spectacular curler from outside the box can not be overlooked. In addition, he gave a lovely pass to Kane, who blasted the ball into the net. 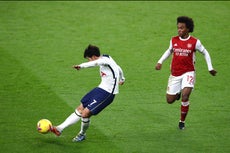 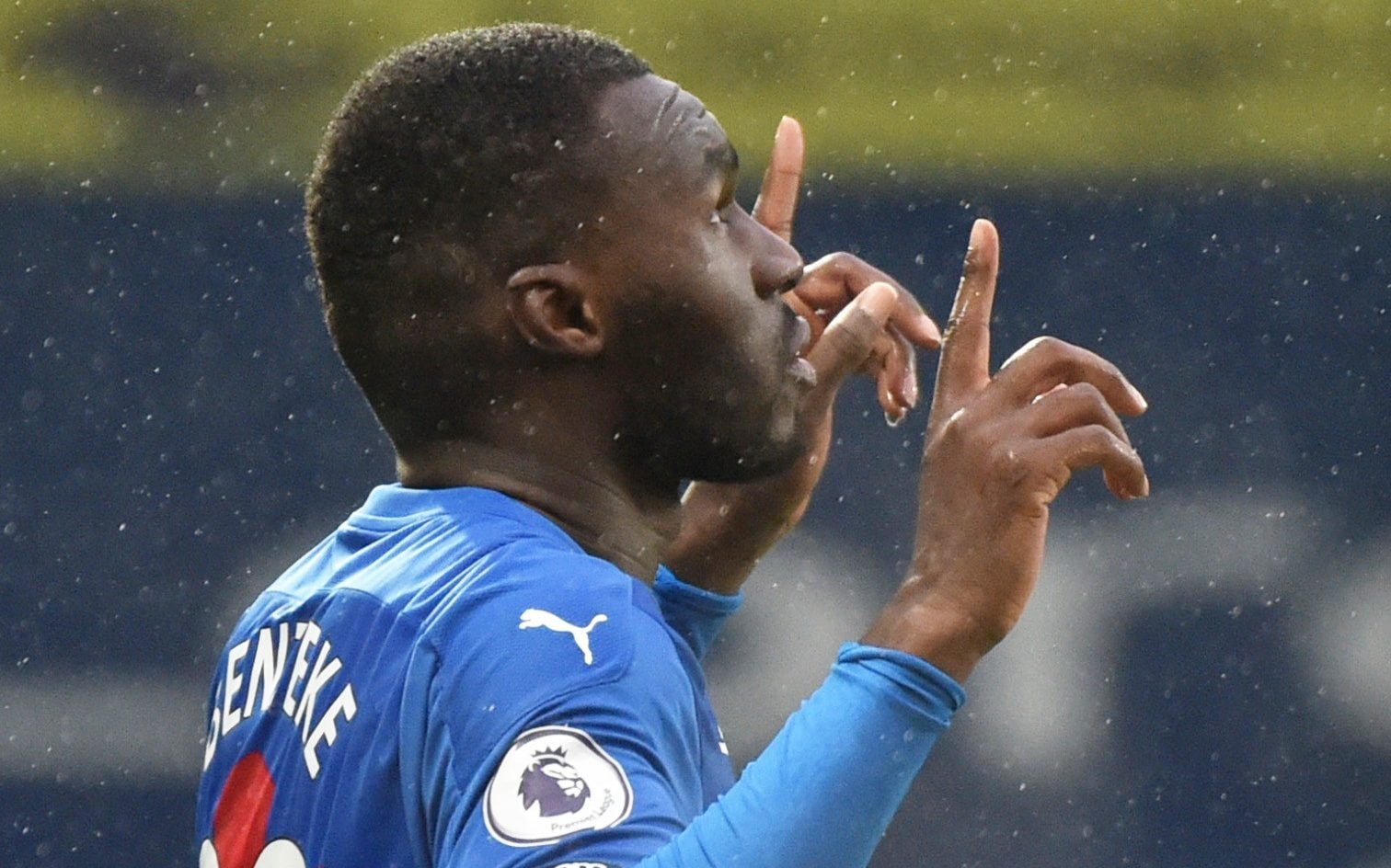 Alvaro Cervera | The Cadiz manager had just one game plan, pick Barcelona on the break and score and that is what happened. The goal they conceded was from an own goal. He has now led his team to win over Real Madrid and Barcelona in the same season. 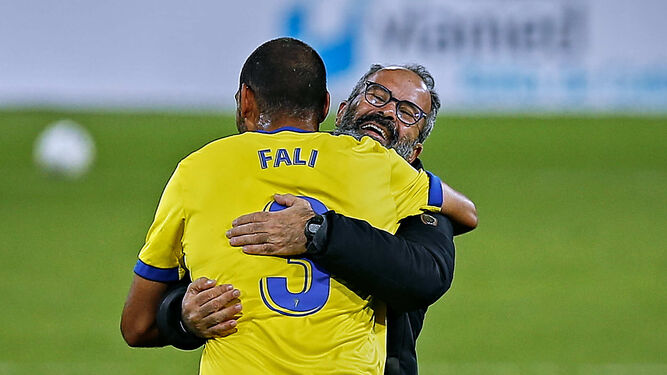 Heung-Min Son and Harry Kane’s partnership is yielding results for Spurs as the Korean scored a spectacular curler from outside the box in the 13th minute, following a pass from Kane. Before the break, Son then gave an assist to the England captain and the Tottenham striker blasted the ball past Arsenal goalkeeper, Bernd Leno to give the hosts a 2-0 lead.

Tottenham returned to the summit of the Premier League table after Chelsea had stayed there for 24 hours, while Arsenal getting closer to relegation, as they sit 15th on the log with 13 points in 11 games.

Can Jose Mourinho win the EPL for Tottenham?

An own goal helped Real Madrid pick all 3 points against Sevilla - RESULT: 0 - 1

Real Madrid picked up their first 3 points in 4 La Liga games after their narrow 1-0 win against Sevilla at the Estadio Ramon Sanchez Pizjuan as the Blancos hope to get back to form.

The only goal in the game came in the 55th minute, following a low cross from Ferland Mendy was misjudged by Sevilla goalkeeper, Yassine Bounou, and the ball ricocheted off his hands into his net to give Real Madrid the win.

Sevilla dropped to sixth on the log, after Cadiz defeated Barcelona to move to 5th, while Real Madrid are 4th on the La Liga table with 20 points in 11 matches.

Do you think Real Madrid can defend their La Liga title?

Juventus came from behind to beat Torino in Turin derby - RESULT: 2 - 1

Juventus left it late to pick up all 3 points after coming from behind to beat their local rivals Torino 2-1 in the Turin derby at the Allianz Stadium.

Torino shocked the defending champions with an early goal from Nicolas N'Koulou in the 9th minute. Juan Cuadrado thought he had equalized in the 57th minute, but the goal was ruled out by the VAR. The Colombian then turned provider in the 78th minute to assist Weston McKennie. Cuadrado also assisted the winning goal with a cross to Leonardo Bonucci in the 89th minute to make it 2-1.

Juventus continued their run of one win and one draw in the league, but they have entered the top 4 with 20 points in 10 games, 6 points away from the top. Torino, on the other hand, remain in the relegation zone with 6 points in 10 matches.

Do you think Juventus will win the league this season? 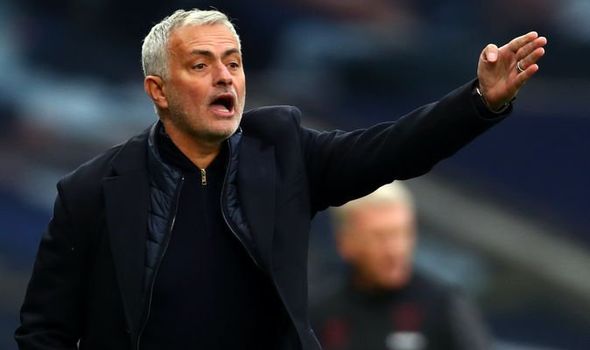 If there is a team in world football that Jose Mourinho will love to play every time, it will be Arsenal. Here, My11 looks at Mourinho’s stats against the Gunners ahead of the North London derby.

As a Premier League manager, Jose Mourinho has hosted Arsenal 10 times with Chelsea, Manchester United, and Tottenham, and the Portuguese gaffer never lost a single game at home.

In all competitions, Jose Mourinho has faced Arsenal 21 times, and he won 11 games, and lost only 2 matches, with 8 games ending in a draw. He has defeated only 4 teams more, including his current team Tottenham Hotspur.

In 21 matches between Jose Mourinho's teams against Arsenal, there have been a total of 33 goals in his favour, while conceding 15 goals.

Do you think Mourinho will beat Arsenal again?

It’s another London derby for Tottenham Hotspur, and this time Jose Mourinho will be leading his Spurs team to face his old rival, Arsenal in a must-win match for Mikel Arteta’s men.

In 56 Premier League meetings between these two teams, Tottenham have won 12 games, while Arsenal have won 20 matches, with the other 23 games ending in a draw. In their last 5 clashes, Spurs won 2 while the Gunners won just 1 game.

Tottenham will be without Harry Kane, Sergio Reguilón, Carlos Vinícius, Toby Alderweireld, and Erik Lamela due to injury. Arsenal, on the other hand, will be without David Luiz, Thomas Partey, and Gabriel Martinelli due to injury, while Nicolas Pepe will miss out due to suspension.

Jose Mourinho has a great record against Arsenal in the EPL, and his Spurs team are in fine form, sitting at the top of the log, but Arsenal are finding it difficult to score goals. This tie looks like a straightforward win for Tottenham.

More worries for Real Madrid, as Zinedine Zidane’s team will be traveling to Seville to take on Sevilla at the Estadio Ramon Sanchez Pizjuan in a bid to get back to form.

In the last 30 La Liga meetings between these two teams, there has always been a winner, no draw. Sevilla have won 11 games, while Real Madrid have won 19 matches. The Blancos have won the last 3 encounters.

Real Madrid have been very inconsistent this season, and look to be out of place defensively, conceding 5 penalties in the last 3 matches, while Sevilla seem to be on the rise. This is a clash the Blancos need to win to get back to form, but playing away to Sevilla, it could end in a score draw.

Juventus and Torino will lock horns at Allianz Stadium in a highly-anticipated Turin derby on Saturday evening, as the defending champions will be hoping to get back to winning ways against their local rivals.

In the last 20 Serie A meetings between these two teams, Juventus have won 16 games, while Torino have won just 1 match, with the other 3 games ending in a draw. The Old Lady have won 6 of their last 7 encounters, keeping a clean sheet in 5 of them.

Juventus will be without Merih Demiral, Giorgio Chiellini, and Gianluigi Buffon due to injury, while Álvaro Morata is suspended for this tie. Torino, on the other hand, will be missing only Daniele Baselli, who sprained his knee.

Juventus have been struggling to get results this season, and when Cristiano Ronaldo doesn’t play, they struggle to score. They will be looking to bounce back to winning ways against their local rival, Torino, who are in the relegation zone.

Neymar scored the first goals in the match in the 6th minute, after Kylian Mbappe’s shot was deflected into the path of the Brazilian and his shot went past David de Gea. Marcus Rashford equalized for the hosts in the 32nd minute after his shot ricocheted off Danilo. PSG captain Marquinhos made it 2 in the 69th minute. Fred got his marching orders a minute later for a second bookable offense. Neymar then made it 3-1 in added time, after a lovely counter-attack from the visitors.

The other Group H matches ended in a 4-3 win for RB Leipzig over Istanbul Basaksehir and the group is now wide open and will go down to the wire, as Manchester United, Paris Saint-Germain, and RB Leipzig all have 9 points after 6 games.

Do you think Man United will qualify for the next round?