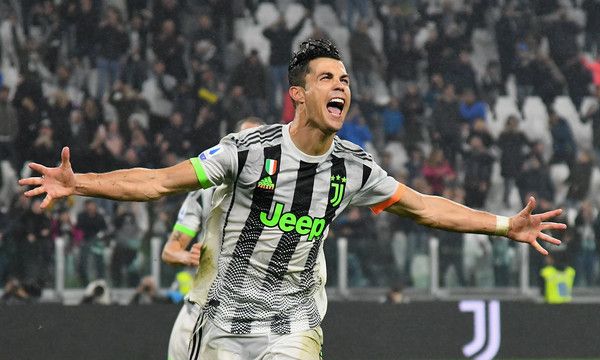 Five-time Ballon d’Or winner Cristiano Ronaldo scored 2 goals on his 100th appearance for Juventus to lead My11 team of the week for round 14. We will be looking at the 3-4-3 formation

Aitor Fernández | He had an outstanding performance as Levante lost 1-0 to Barcelona with a Lionel Messi goal. The goalkeeper made 12 saves to deny the Catalan giants and kept his team in the game for 90 minutes. 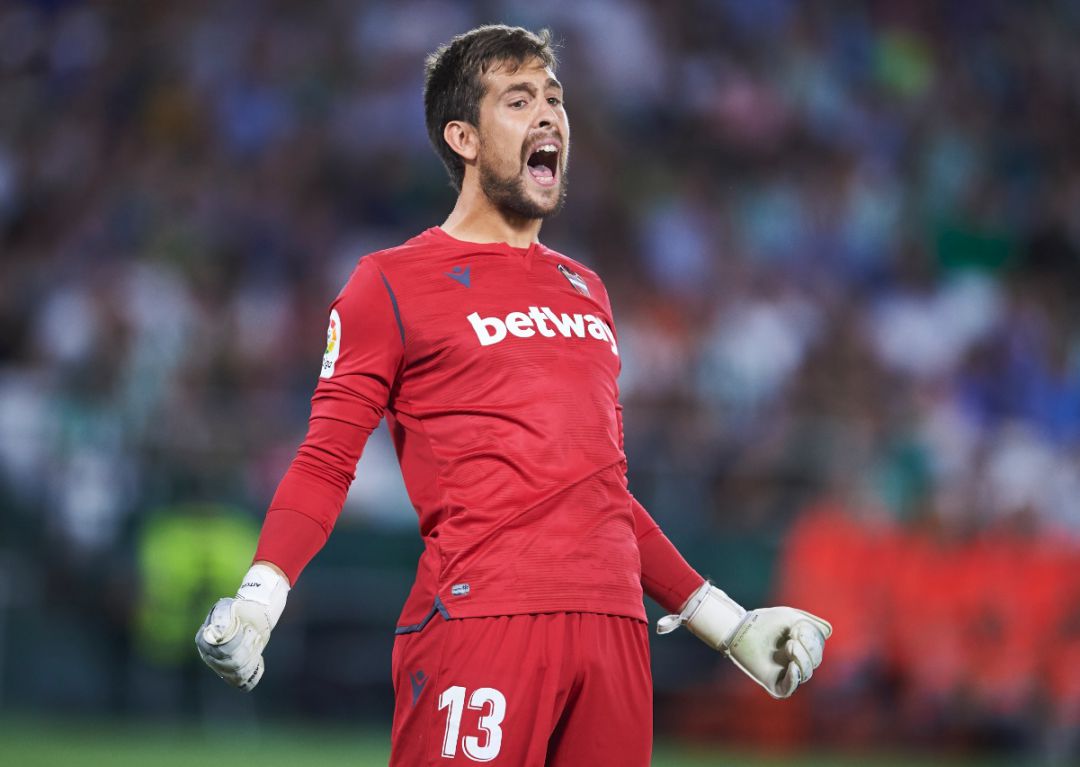 Theo Hernandez | Arguably the best and most attacking full-back in world football, Theo helped AC Milan salvage a point from 2 goals down by scoring 2 goals, and the leveller came in the 91st minute.

Dani Carvajal | The Spaniard had a solid performance as Real Madrid defeated local rivals Atletico Madrid 2-0. The full-back was in full force, chasing every Atleti player down the right, helping his team keep a clean sheet by making 5 successful tackles, and his shot led to Jan Oblak’s own goal.

Berat Djimsiti | The Albanian had a good game in Atalanta’s 3-0 win over Fiorentina. He had the highest tackles, interceptions, and clearances on the day to help his team keep a clean sheet, and he created the assist for the last goal.

James Maddison | Maddison looks to have picked up his form again after the injury and in Leicester's 3-0 win over Brighton & Hove Albion, he was fantastic. He had 6 shots, more than any player, and 3 were on target, while 2 resulted in goals for the Foxes. He completed 83% of his passes. Casemiro | Arguably the most important player for Real Madrid according to some fans. The Brazilian showed up again when the Blancos needed him, keeping the Atleti players at bay, and he scored the opening goal for the Whites to help them win the Madrid derby. 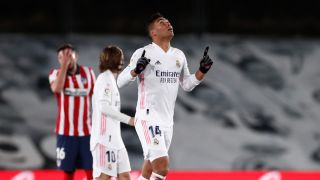 Nicolo Barella | The little man had a good game in Inter’s 3-1 away win over Cagliari. Barella had a pass completion rate of 84%, and despite his height, he won 3 aerial duels. He hit 3 shots, 2 were on target and he scored a goal and provided an assist. 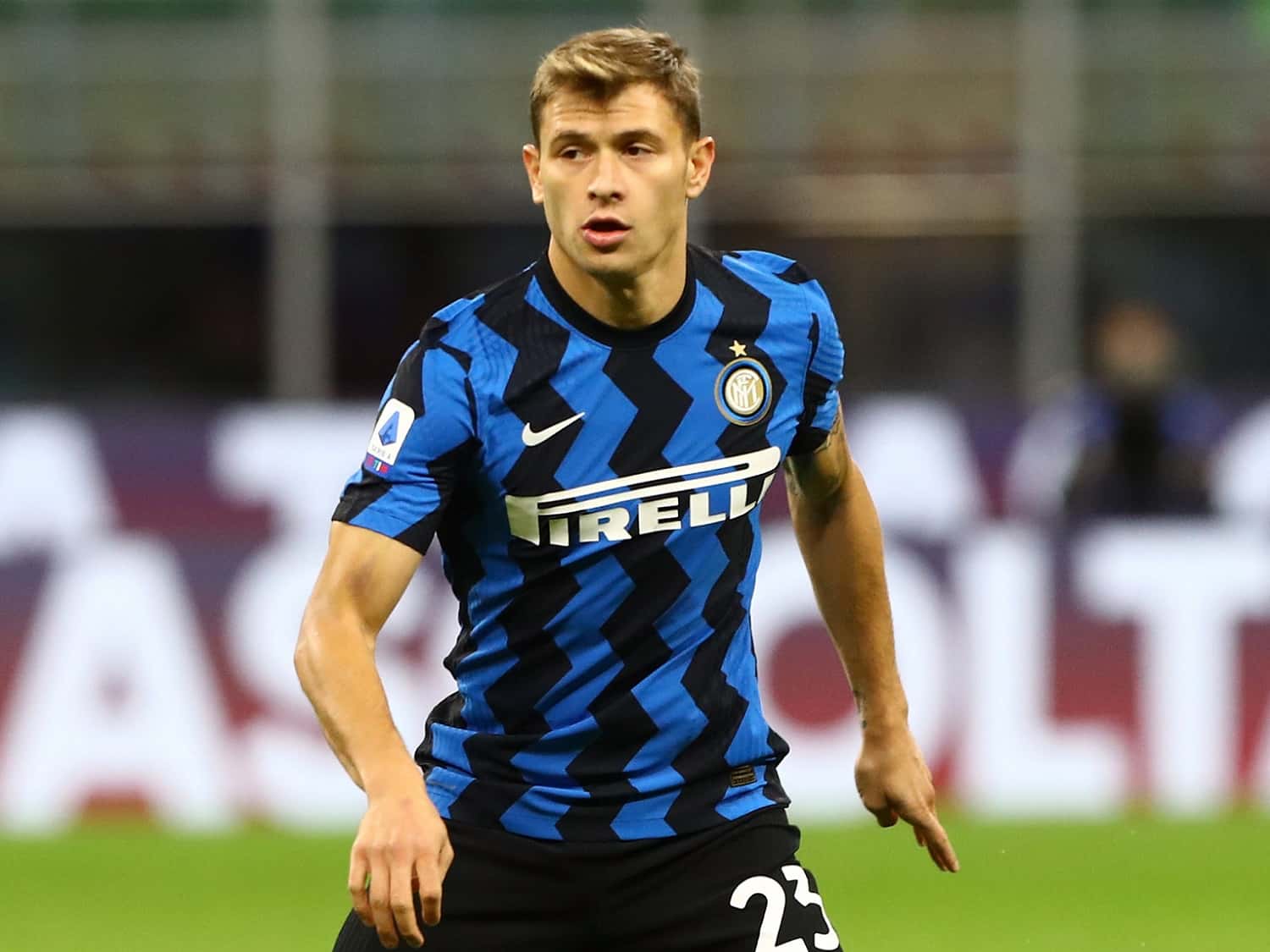 Lorenzo Pellegrini | The Italian was impressive and gave a man of the match performance in Roma’s 5-1 away win over Bologna. He scored and assisted a goal in the space of 5 minutes. He hit 2 shots, both on target, and gave 2 key passes.

Jamie Vardy | The 33-year-old was a thorn in the flesh of Brighton as he had a hand in all 3 Leicester City goals. He assisted the 2 goals scored by James Maddison and scored a goal for himself. He also hit the woodwork in the encounter. 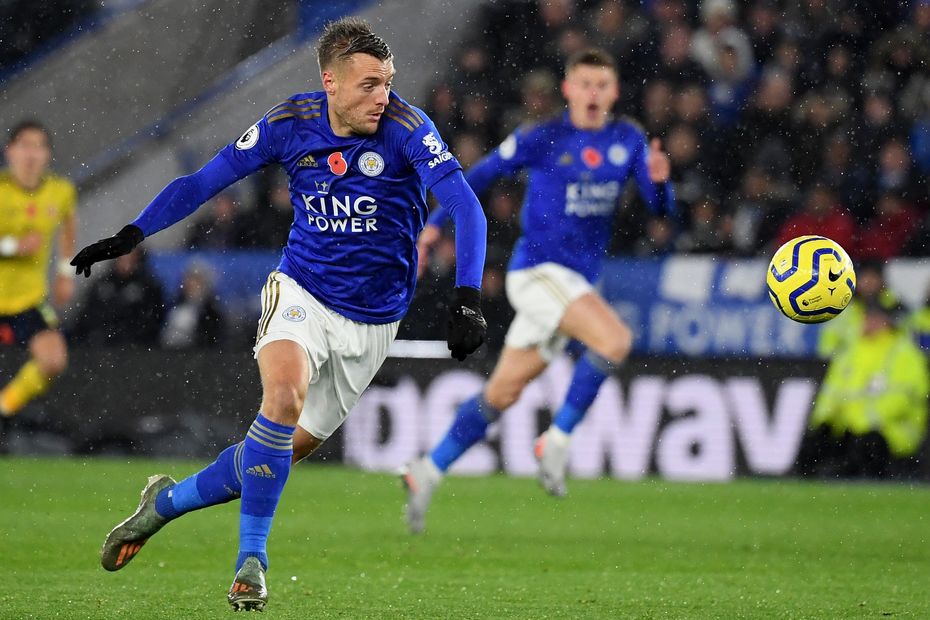 Junior Messias | In the relegation battle Crotone came out tops over Spezia and Messias was on song in the match. He had 4 shots in the game, more than any other player, and he scored 2 goals, the first and the last goal in the match. 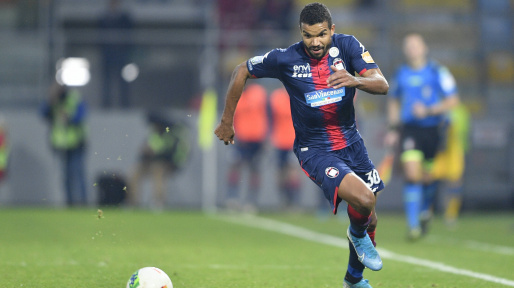 Cristiano Ronaldo | The Portuguese is not aging as he put up another solid performance with 2 late goals to help Juventus beat Genoa 3-1. He has now featured for the Old Lady 100 times and has scored a total of 79 goals for the Turin giants. 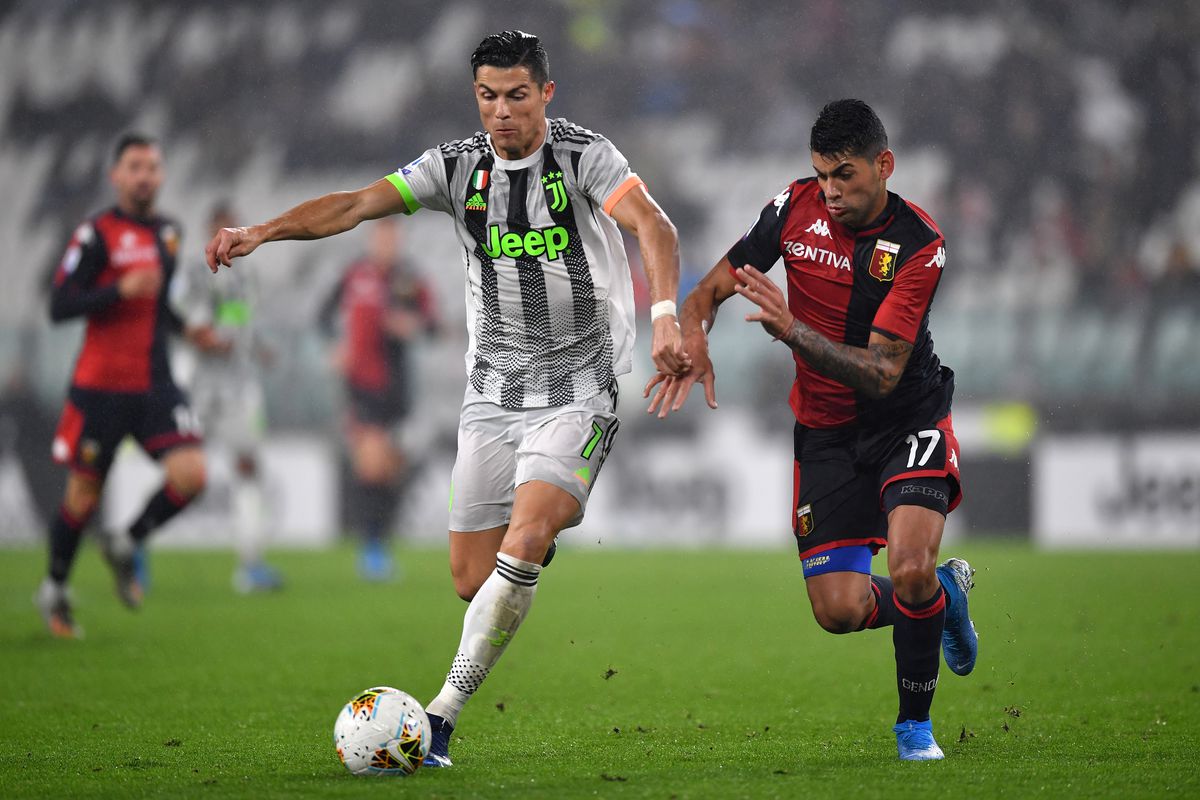 Zinedine Zidane | The Frenchman doesn’t get enough accolades for his achievement and his tactics with the Blancos. The team had 3 tough matches, and he guided them to victory, keeping clean sheets in all. In the Madrid derby, he set up his team to win and they did not disappoint.

Premier League’s top two teams, Liverpool and Tottenham, who both have the same points, will face each other in a top of the tables clash, as Jurgen Klopp’s charge will hope to continue their impressive home run.

Liverpool’s injury crisis continues, as they will be without Joel Matip, Diogo Jota, Konstantinos Tsimikas, James Milner, Xherdan Shaqiri, Joe Gomez, Thiago Alcantara, and star man Virgil Van Dijk. Tottenham, on the other hand, will be without Erik Lamela due to injury, while Gareth Bale is a doubt due to illness.

Liverpool boss Jurgen Klopp has managed the crisis in the team very well, and they are joint top, while Jose Mourinho has improved Tottenham since joining them. This will be an interesting clash, where the Reds will have the ball and Spurs will sit back to peg them on the break. It could end in a draw or a narrow win for the London club.

You can catch the game live on DSTV channel 203, SuperSport Premier League on Wednesday, December 12 2020, by 9 pm Naija time.

Barcelona got back to winning ways, thanks to a late Lionel Messi strike over the weekend, but will face a big test against league leaders Real Sociedad at the Camp Nou on Wednesday night.

In the last 23 La Liga meetings between these two teams, Barcelona have won 15 games, while Real Sociedad have won 5 matches, with the other 3 games ending in a draw. There have been at least 3 goals in 6 of their last 8 clashes in the league.

One thing is certain when these two teams meet, it’s goals. The Basque side are in fine form, unlike Barcelona, who have been in poor form since the start of the season. Against Sociedad, it looks like the best result the Catalan giants can get is a draw.

Inter Milan’s only hope of redemption this campaign is winning the Serie A title, following their elimination from the Champions League, but they will have a huge task against Victor Osimhen’s Napoli, who are fighting to return to the UEFA prestigious competition.

In the last 26 Serie A meetings between these two teams, Inter have won 9 games, while Napoli have won 10 matches, with the other 7 games ending in a draw. The Nerazzurri won just once in their last 5 clashes, while the Azzurri have won 3.

Inter Milan will be without Arturo Vidal and Matias Vecino due to injury. Napoli, on the other hand, will be without Naija Super Eagles star Victor Osimhen, who picked up an injury in Nigeria’s 4-4 draw against Serie A Leone.

Both teams have been impressive in Serie A, sitting above Juventus in second and third, and a loss for either side or even a draw could drop them if the Old Lady defeat Atalanta. This clash will be an interesting one and it could end in a score draw.

The Manchester derby between Ole Gunnar Solskjaer’s Red Devils and Pep Guardiola’s Cityzens ended in a goalless draw after both teams failed to break the deadlock at Old Trafford.

Both teams played cautious football, not wanting to lose and it showed in the way they approached the match. The best chance fell to Riyad Mahrez, but the Algerian fluffed his chances, and Kevin de Bruyne hit the rebound over the bar.

Both Manchester clubs are beside each other on the log, separated by one point. The Red Devils are 8th with 20 points from 11 games, while the Cityzens are 9th on the table with 19 points in 11 matches.

Where do you think Man United and Man City will finish this season?

Real Madrid took the lead in the 15th minute after Casemiro headed home a corner kick from Toni Kroos. In the 63rd minute, Atleti goalkeeper Jan Oblak scored an own goal, after a powerful drive-shot from Dani Carvajal hit the upright and then the Slovenian.

Real Madrid have now won 3 straight matches in all competitions, keeping a clean sheet in all and have moved to 3rd on the log, while Atletico Madrid dropped to second on the table, levelled on points with leaders Real Sociedad.

Do you think Real Madrid can defend the La Liga title?

Paulo Dybala scored the opening goal in the 57th minute with a lovely low drive from the edge of the box. Two former Juventus players combined 4 minutes later to level matters for the hosts, as Stefano Sturaro scored from a lovely Luca Pellegrini cross. Ronaldo scored two penalties in the 78th and the 89th minute. Juan Cuadrado winning the first and Alvaro Morata winning the second.

The game was Ronaldo's 100th match for Juventus and with his brace, he has now scored 79 goals for the Old Lady in all competitions. The win sends the defending champions to 4th on the log, 4 points behind leaders AC Milan, while Genoa remain 19th on the Serie A table.

Do you think Juventus will win the league this season? 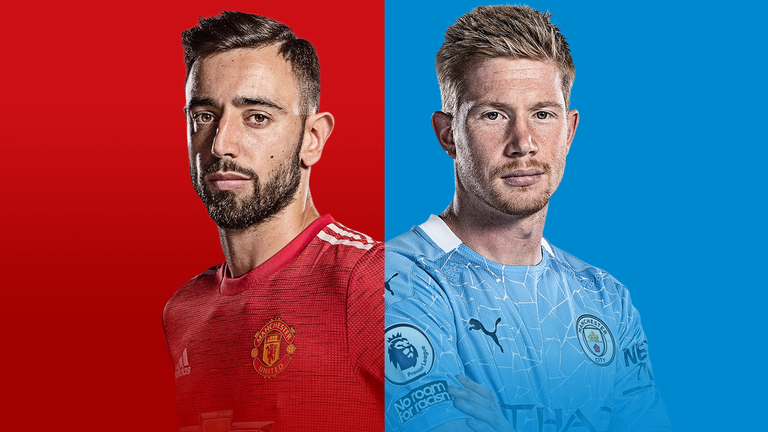 Two of the best midfielders in the Premier League, Bruno Fernándes and Kevin de Bruyne will battle it out against each other as Manchester United will be playing against Manchester City. My11 look at both players’ stats.

Bruno has featured 10 times for Manchester United in the Premier League, scoring 7 goals and providing 4 assists, while De Bruyne has scored 2 goals and provided 6 assists in 9 EPL games.

Both midfielders are vital for their teams and will have to prove their status when they face each other at Old Trafford. Bruno is deadly around the box with his accurate shots and De Bruyne’s passes are golden for the Cityzens. 90 minutes will decide who will come out tops between both players.

Who do you think is better between Bruno Fernanded and Kevin de Bruyne?

After mixed results in the Champions League, the two Manchester clubs will turn focus to the Premier League as the Red Devils will be welcoming the Cityzens to Old Trafford in the local derby.

In 46 Premier League meetings between these two teams, Manchester United have won 23 games, while Manchester City have won 15 matches, with the other 8 games ending in a draw. The Red Devils have won 3 of their last 5 encounters, while the Cityzens won the other 2.

Ole Gunnar Solskjaer’s men were pushed in their 2 games, needing to fight back against West Ham and losing to Leipzig in the Champions League, unlike Pep Guardiola’s charge, who are fresher and had the luxury to rest players in midweek. With United’s poor run at home this season, the visitors should do enough to nick this.

This will be a clash between first and fourth on the league table as Atletico Madrid will be playing away to face their local rivals, Real Madrid, at the Alfredo di Stefano Stadium in their bid to end their 5-game winless run over the Blancos.

In the last 29 La Liga meetings between these two teams, Real Madrid have won 15 games, while Atletico Madrid have won just 4 matches, with the other 10 games ending in a draw.

Atleti have been in fine form the season, conceding just 2 goals, and the Blancos have been blowing hot and cold. This looks like a clash that could end in a draw or the Whites' form against top opposition may just help them edge it.