The battle between the boss and the apprentice was won by the boss, as Pep Guardiola’s Manchester City defeated Mikel Arteta’s Arsenal 1-0 at the Emirates Stadium to extend their winning streak to 18- games, a record for English football.

Raheem Sterling scored the only goal in the encounter very early in the game, as he headed home the ball from a cross from the birthday boy, Riyad Mahez in the second minute.

Arsenal missed the chance to go to 8th on the log, but they remain 10th on the table with 36 points in 25 games. Manchester City, on the other hand, extend their point gap at the top of the Premier League leaders table to 10, amassing 59 points in 25 matches.

Do you think anyone can stop Guardiola’s Man City?

Martinez scored the opening goal in the 5th minute, by rising highest to head home a cross from Lukaku. The Argentine made it 2-0, following a counter-attack from the away side in the 57th minute. Lukaku scored the final goal of the encounter in the 66th minute, after another break from the Nerazzurri.

AC Milan missed the chance to go top of the log with the loss, and remain second on the table. Inter Milan, on the other hand, extend their lead at the top of the Serie A table.

Do you think Inter can win the Serie A this season?

This is a clash between two friends at Manchester United, who turned rival in the Derby della Madonnina. My11 looks at the stats between Zlatan Ibrahimovic and Romelu Lukaku.

Both players played together for the Red Devils in the 2017/2018 season, but Ibrahimovic left for the Major League Soccer (MLS) in the January transfer window, to join LA Galaxy.

Both players had a heated face-off when the two teams met in the Coppa Italia in January, with the two players close to throwing blows, now, they will battle it out when AC Milan and Inter Milan play each other on Sunday.

Who will be the star Lukaku and Ibrahimovic? 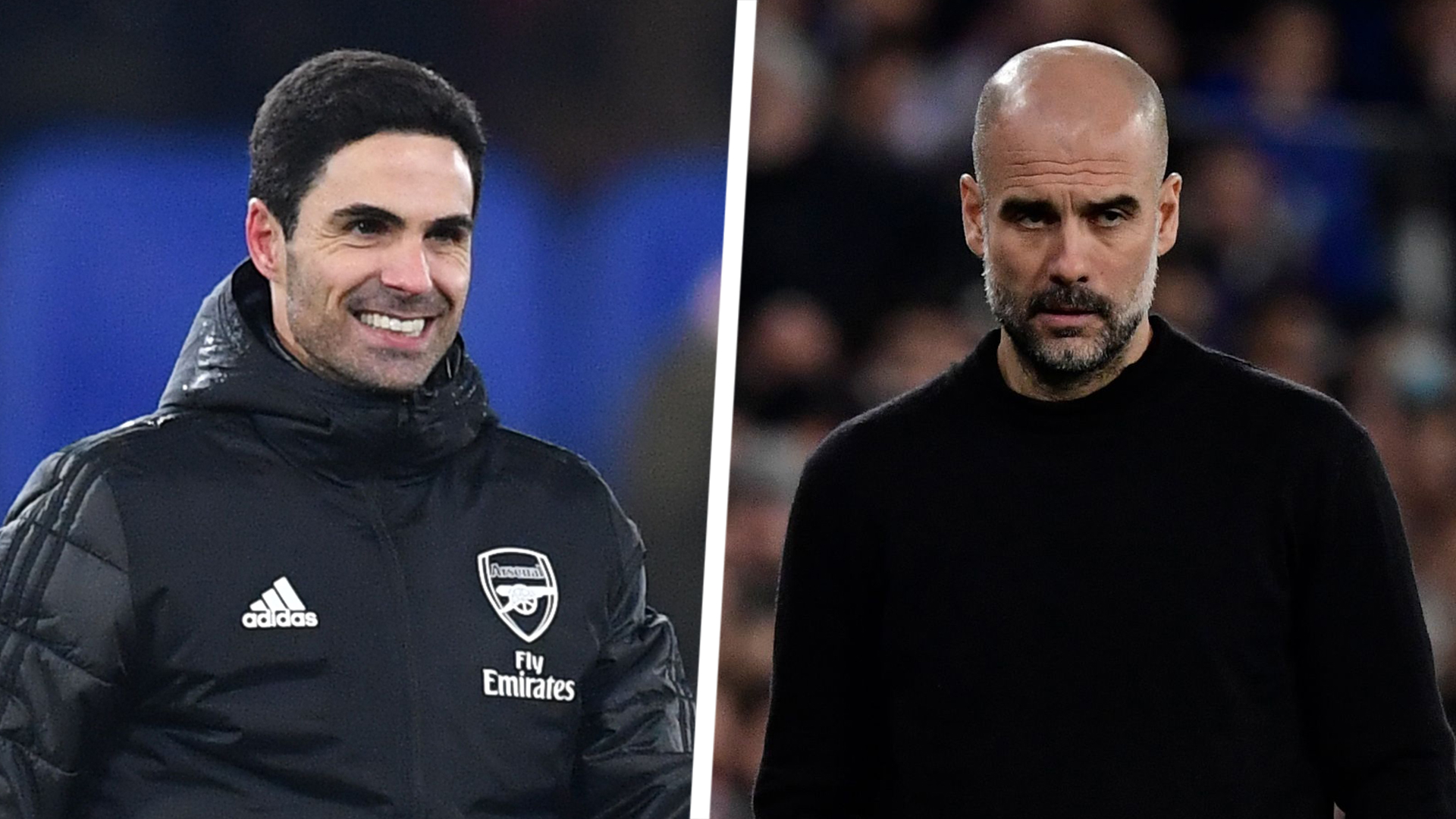 This is a battle between the boss and the apprentice as Mikel Arteta’s Arsenal will be welcoming Manchester City – where he started as an assistant manager – to the Emirates Stadium on Sunday. My11 looks at the Arsenal gaffer’s stats and his former boss Pep Guardiola.

Guardiola’s Manchester City are the most in-form team this season in the Premier League, winning 17 straight games in all competitions (an EPL record). Arsenal, on the other hand, have been inconsistent, but captain, Pierre-Emerick Aubameyang is back and scoring goals.

Both managers have faced each other just 4 times, and Pep Guardiola has won 3 of those games, with his team scoring 8 goals, while Mikel Arteta won just 1 match – the 2-0 win in the FA Cup semifinal last season.

Pep Guardiola is a well-experienced manager, unlike Arteta, who is just a year old in the business, and with Ciyzens’s form, it will be difficult for the Gunners to pick up anything in this clash.

Do you think Arteta can stop Guardiola?

All eyes will be on Emirates Stadium when Mikel Arteta will lead his Arsenal charge against his former boss Pep Guardiola, who has led Manchester City to a 17-game winning streak.

In 47 Premier League meetings between these two teams, Arsenal have won 23 games, while Manchester City have won 14 matches, with the other 10 games ending in a draw. The Cityzens have won 7 of their last 8 encounters, scoring 3 goals in 5 of them, and keeping 6 clean sheets, with the Gunners’ only win coming in the FA Cup

It is impossible to see anything but a win for the league leaders, who are aiming for their third Premier League title in 4 years, and with Sergio Aguero and Kevin de Bruyne back into the mix, Arsenal will be in for a tough afternoon in London.

Following an impressive 4-0 win over Cadiz, Athletic Club will be aiming for another win as they will be welcoming Samuel Chukwueze’s Villarreal at the Estadio San Mames on Sunday.

In the last 27 La Liga meetings between these two teams, Athletic Club have won 6 games, while Villarreal have won 13 matches, with the other 8 games ending in a draw. 3 of their last encounters have ended in a draw.

Athletic Bilbao have no injured players, but the Basque side will be without Unai Núñez and Mikel Vesga due to suspension. Villarreal, on the other hand, will be without Nigeria’s Super Eagles star, Samuel Chukwueze, Francis Coquelin, Mario Gaspar, and Vicente Iborra due to injury.

Followers of Nigerian football will not see Chuwkwueze in action, but will still enjoy fast attacking football, as both teams don like to sit back. One thing is sure, both teams will score goals and it may end in a score draw.

There will be fireworks when the top two teams in the Serie A will face off, as AC Milan will be welcoming local rivals Inter Milan to the Stadio Giuseppe Meazza on Sunday in the Derby della Madonnina.

In the last 28 Serie A meetings between these two teams, AC Milan have won 7 games, while Inter have won 15 matches, with the other 6 games ending in a draw. The Nerazzurri have won 4 of their last 5 encounters.

Both teams have most of their players available, as AC Mila will be without only Brahim Díaz due to injury. Inter, on the other hand, have a full squad with no injury nor suspension.

There is no home or away for both teams, as both of them play at the San Siro. Inter went top last weekend after Milan lost to new side Spezia. A win for Inter extends their lead at the top, and a win for Milan will take them back to the top. There will be goals in this game, and the away side may just nick it.

20-year-old superstar Erling Braut Haaland had a hand in all goals as Bundesliga side, Borussia Dortmund defeated Sevilla away from home at the Estadio Ramon Sanchez-Pizjuan.

Sevilla took the lead in the 7th minute with a beautiful goal from Suso. Dortmund equalized in the 19th minute through Mahmoud Dahoud with an assist from Erling Braut Haaland. The young Norwegian made it 2-1 in the 27th minute. Haaland scored his second goal of the night and his team’s third in the 43rd minute. Luuk de Jong pulled one back to make it 3-2 in the 84th minute, but it was not enough to stop Dortmund from leaving Spain with an away win.

Borussia Dortmund now have one leg in the quarterfinal, as it will be difficult for Sevilla to qualify now. The La Liga side will have to win by a two-goal margin to qualify, and that will be a huge mountain to climb.

Do you think Sevilla can beat Dortmund in Germany?

Cristiano Ronaldo was denied a clear penalty, as he fired blank in the Champions League as FC Porto defeated Italian champions Juventus 2-1 at the Estádio do Dragão.

Mehdi Taremi scored the opening goal for Porto in the 2nd minute. 1 minute after the restart, Mali international, Moussa Marega made it 2-0 for the host. Juventus pulled one back through Federico Chiesa, but it was not enough to go home with a draw, but it was a needed away goal.

Juventus scored a vital away goal, that could help them in the second leg, but Porto defeating the Italian champions showed the Portuguese side mean business and will want to win their first Champions League title since 2004 under Jose Mourinho.

Do you think Juventus can still qualify?

Premier League champions, Liverpool ended their run of 3-game losing streak by defeating RB Leipzig 2-1 away from home to have a hope of making the quarterfinal.

Liverpool superstar, Mohamed Salah scored the opening goal in the 53rd minute after terrible defending from Leipzig. The Egyptian African brother, Sadio Mane scored the second goal 5 minutes later, with another defensive howler, and the Senegalese placed the ball well into the back of the net.

Young RB Leipzig, who got to the semifinal of the Champions League last season, are now hanging on a rope, as they will have to do better than they did in the first leg if there is any chance of qualifying for the quarter-final. Liverpool, on the other hand, picked up their form at the right time and will continue their hunt to win another European trophy, as they go into the return leg with a big advantage.

Do you think Liverpool can win the UCL this season?