Paris Saint-Germain played out a thrilling 4-4 draw against Amiens in the last round and will be looking to start a new winning run in the French Ligue 1 when they host Bordeaux at their Parc des Princes.

In the last 33 meetings between these two teams, PSG have won 17 matches while Bordeaux have won 9 matches. Les Parisiens won the last two encounters 1-0. 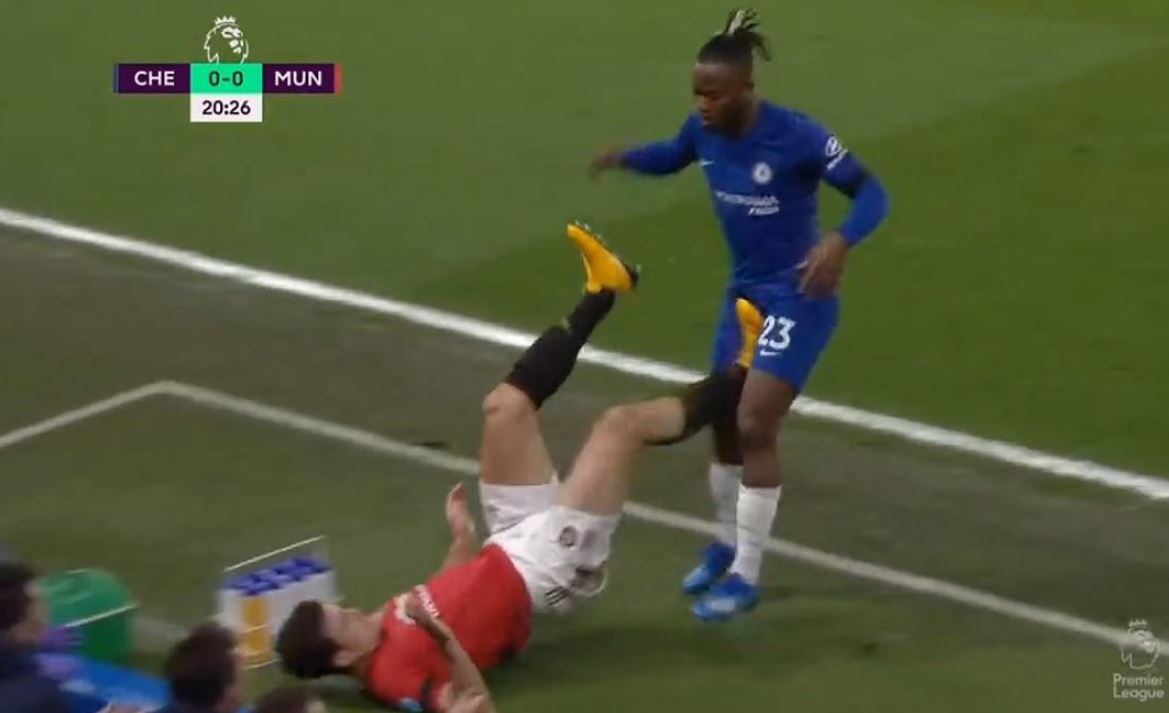 
The Premier League round 26 clash between Chelsea and Manchester United at the Bridge was marred by controversies with the Video Assistant Referee (VAR). Here we take a look at the three major talking points.

The first was Harry Maguire not being sent off. The Man United captain appeared to kick Chelsea striker Mitchy Batshuayi below the belt, similar to what got Spurs’ Son Heun-Min sent off, but VAR did not make the same call this time.

Secondly, Kurt Zouma thought he had scored for the home side, only for VAR to cancel the goal for a foul, despite the replays showing that it was Azpilicueta who was pushed before barging into Williams.

Finally, Olivier Giroud would have been a super-sub, the World Cup winner scored a goal for Chelsea, however VAR ruled it out for off-side due to his foot being ahead of the last man by just a few inches. Chelsea may have gotten at least a draw if the first two decisions went their way.

Do you think VAR made the right calls?

Ighalo made his debut as Man United beat Chelsea at the Bridge - RESULT: 0 - 2


Former Super Eagles striker Odion Ighalo made his Manchester United debut in the victory over Chelsea at Stamford Bridge on Monday night, in a game that VAR took centre stage.

The Red Devils ran away 2-0 winners against Chelsea in London, with goals from Anthony Martial and captain Harry Maguire, while the Video Assistant Referee chalked off two goals from the Blues.

Manchester United were lucky on the day as they should have been reduced to 10 after Maguire appeared to have lashed out at Mitchy Batshuayi, but the VAR did not see it as violent conduct and the away side picked up all 3 points and are now 3 points behind Chelsea who are 4th.
PERMALINK Comments (2)
18/02/2020 13:42

It was stalemate at the Mestalla between Valencia and Atletico Madrid - RESULT: 2 - 2


Valencia fought hard to come from behind twice against Atletico Madrid, who led twice at the Mestalla, before the game ended in a 2-2 draw, leaving both teams with their poor run of just one win in five games.

In a game where no striker scored a goal, Atletico drew first blood with Marcos Llorente scoring in the 15th minute. Gabriel Paulista equalised in the 40th minute before Thomas Partey restored the away side’s lead before the break. Geoffrey Kondogbia scored the last goal of the game just before the hour mark.

Lazio continue impressive run to rise above Inter on the log - RESULT: 2 - 1


Lazio have been impressive this season under Simeon Inzaghi, and they continued with that run by defeating former table topper Inter Milan at the Stadio Olympico to move to second on the log, just one point behind Juventus.

It was a tale of two halves as Inter Milan won the first half with a goal from former Man United player Ashley young, but second-half goals from Ciro Immobile and Sergej Milinkovic-Savic earned the home side all three points.


Bundesliga leaders got back to winning ways but defeating Cologne 4-1 away from home to go back to the summit of the table.

Robert Lewandowski, Kingsley Coman and Serge Gnabry needed just twelve minutes to give Bayern a three-goal lead before Gnabry scored his second goal after the hour mark. Mark Uth scored a consolation goal for the home side.

RB Leipzig leapfrogged Bayern with a 3-0 win a day earlier, but the German champions responded well with that victory and moved back to the top.
PERMALINK Comments (0)
18/02/2020 13:40

Osimhen’s goal not enough as Lille lost to Marseille - RESULT: 1 - 2


Super Eagles striker, Victor Osimhen scored his 13th league goal in the Ligue 1, but the goal was not enough to salvage a point for Lille in the loss to André Villas-Boas’ Olympique de Marseille at the Stade Pierre Mauroy.

The young Nigerian scored the opening goal in the 51st minute, but Reinildo Mandava scored an own goal in the 67th minute before Dario Benedetto scored the winning goal two minutes later for the away side.

With that win, Marseille have reduced the point gap with the leaders Paris Saint-Germain to ten points.
PERMALINK Comments (0)
18/02/2020 13:39


Retired Super Eagles striker Odion Ighalo, who joined Manchester United on transfer deadline day, has finally trained with his new teammates, after completing an enforced 14-day spell away from his new side due to coronavirus fears.

Ighalo arrived at the Manchester United’s Carrington training ground for the first time on Sunday morning, as he prepares to make his debut in the Premier League match against Chelsea on Monday night.

The 30-year-old, who was left out of the winter training camp in Spain and has been training with United’s performance coach Wayne Richardson, has now joined his teammates, and is expected to feature against Chelsea at the Stamford Bridge tonight.

Will Ighalo score against Chelsea?


Lionel Messi is the player with the most golden boot award (6), but this time, he is not in the top 5 for now. Let’s take a look at the top 5 goal scorers in the top European Leagues.

NUMBER 2 is Bayern Munich striker Robert Lewandowski. He has scored 22 Bundesliga goals for the league leaders, providing 3 assists. He has a goal every 85 minutes.

NUMBER 1 is Italian Serie A top goalscorer, Ciro Immobile. He has scored a total of 25 goals for Lazio in the Serie A, providing 6 assists. He has a goal every 77 minutes.

This used to be a clash that determines the title, but both teams have lost their pedigree, as Chelsea will be welcoming Odion Ighalo and his Manchester United teammates to the Stamford Bridge in a battle for a top-four finish.

The Blues currently sit fourth on the log, six points ahead of Manchester United as they go head-to-head in the battle for UEFA Champions League qualification. Both teams are looking for a first win in four matches.
PERMALINK Comments (2)
13/02/2020 14:23